Welcome in 2017 from the nuragic complex of Palmavera!
We are a few kilometers from Alghero, the charming Catalan city in the north-western Sardinia. The complex is located north of the bay of Alghero, in a small plain near the beautiful beaches of Le Bombarde and Lazzaretto. 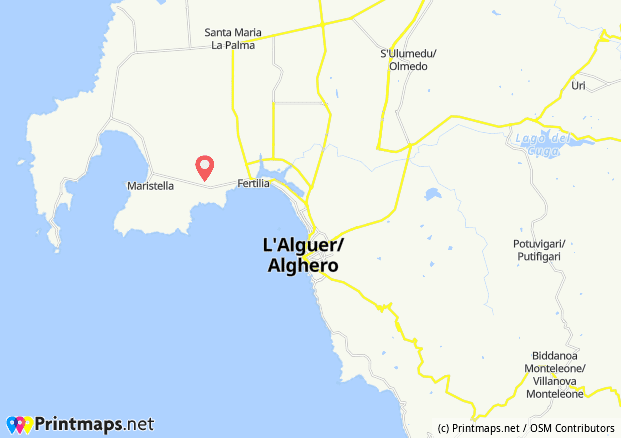 The green and soft slopes that surround the area and the climate mitigated by the sea make this a pleasant destination, even in winter. 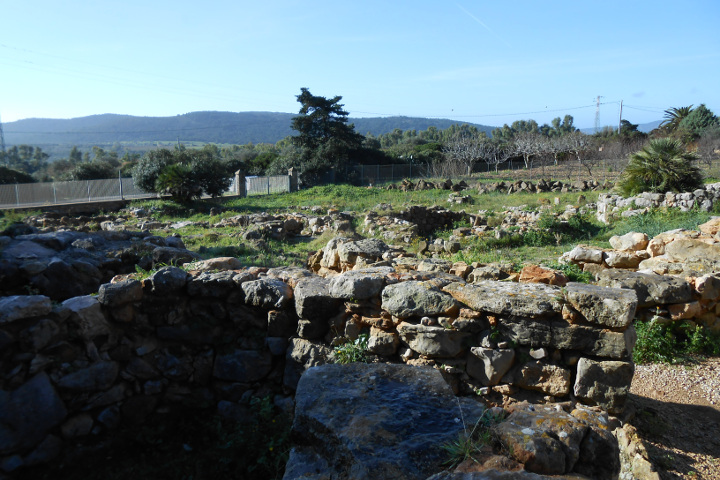 The nuraghe of Palmavera has a complex structure; in particular it consists of several towers, two of which are fairly conserved and surrounded by a wider set of remains of walls; so, we can deduce the past presence of many other buildings, probably huts, of which remain only the foundations.
We need a strong fantasy to mentally reconstruct the settlement, imagining the volumes of the buildings and the ancient people who lived there. 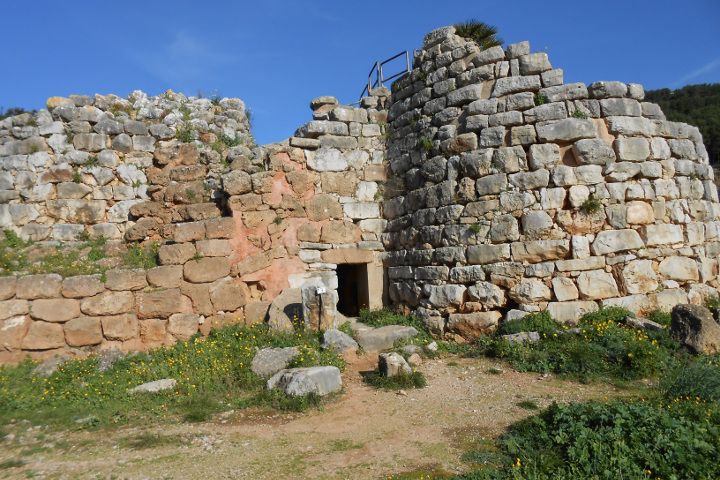 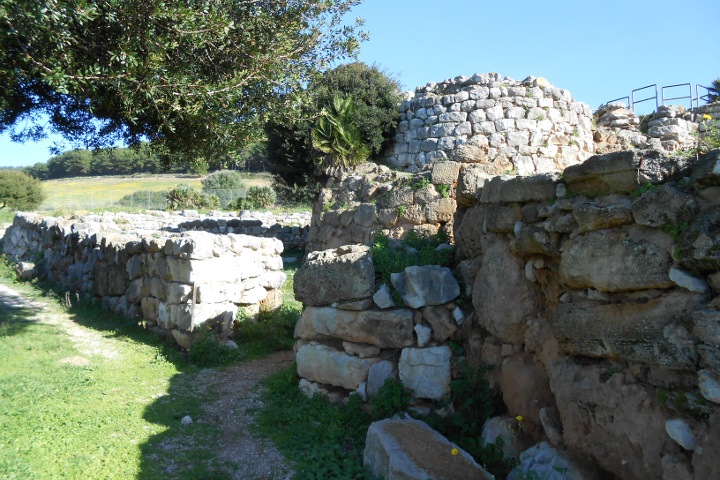 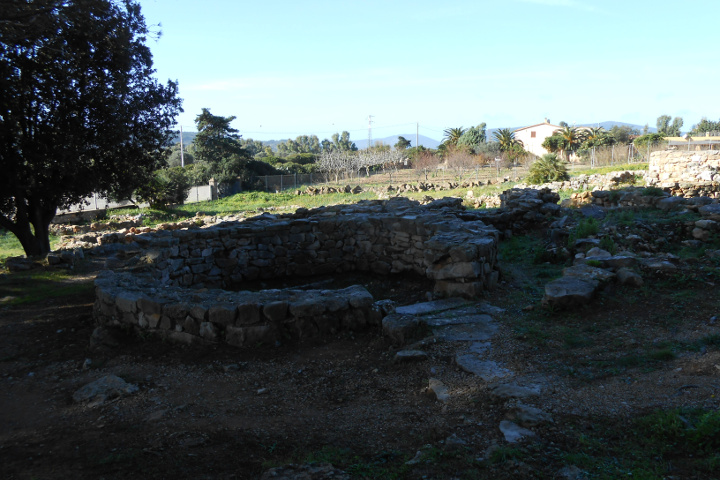 The complex contains an inner courtyard with an interesting circular area known as the “meeting hut”; it is surrounded by a low stone perimeter wall.
Along the edge there is a cylindrical seat known as the “seat of the head”; furthermore, to the side, we can see a hot stone, probably designed for a ritual use.
At the center of the “meeting hut”, on a sort of altar, we find a valuable reconstruction of the past: a small tower carved in sandstone. 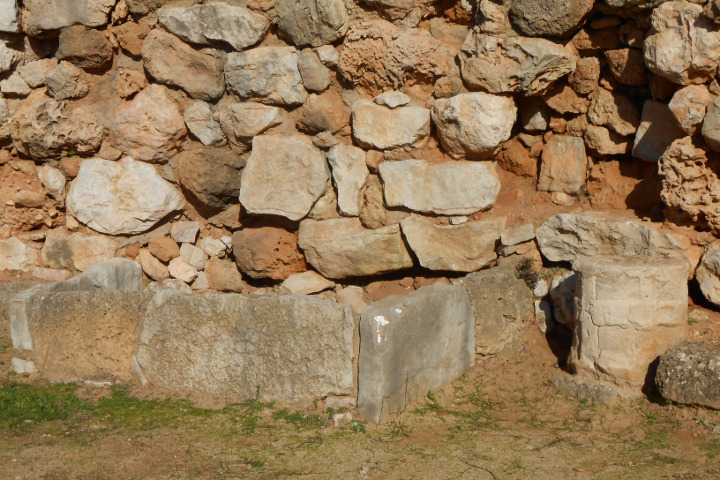 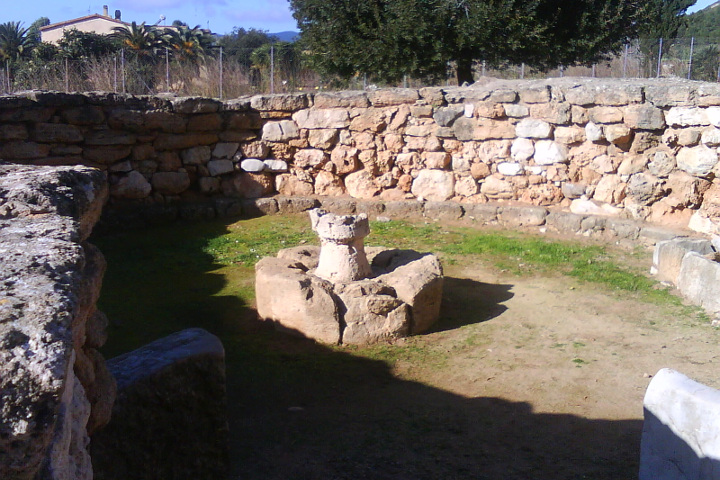 Archaeologists believe that this is a model representative of the original structure of nuraghe, showing a wider top part, not visible in any of the sites currently found island. Today, the nuraghi have a cylindrical structure and this suggests that some ancient parts at the top, probably wooden, collapsed over time.

Many questions still remain about the Nuragic civilization; it developed in Sardinia between the Bronze Age (from 1600 BC) and the Iron Age.
It consisted of a nation of farmers and ranchers, but also of brave warriors, devoted to the cult of the primal forces of nature; in the end it loses cultural identities, as a result of invasions and integration processes with the Punic and Roman populations.
The remains of impressive buildings come from this remote civilization. Today we can see nuraghi, funeral monuments or worship places (dolmens, menhirs, tombs of the giants, holy wells, etc.), as well as the huge stone statues of Monte Prama Giants. Also numerous ceramic and metals artefacts (the famous “bronzes” sculpted) demonstrate the skills of the ancient craftsmen.
The nuragic civilization didn’t know writing, so today we have few information about many aspects. We are not even sure to know the purpose of the nuraghi, symbols of the Sardinia.
There are the many theories of archaeologists, that have suggested a defensive use, as fortresses or towers; however other experts hypothesize a residential use for the local aristocracy, or also a sacred meaning… Maybe they was places of worship or devotion to ceremonies and meetings. 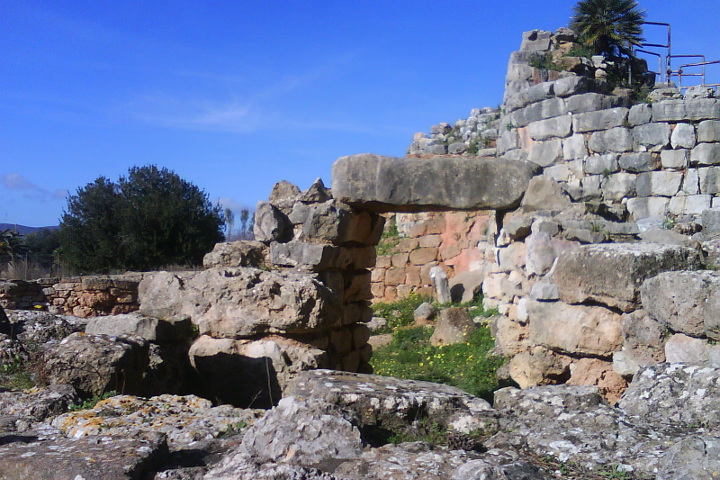 Surely we will talk again, in the future, of the mysterious Nuragic civilization.
So, follow us on our visit to other important archaeological sites on the island!