A visit to Sanluri is certainly an opportunity to admire an ancient castle and learn more about the history of Sardinia, from the Middle Ages to the present day. 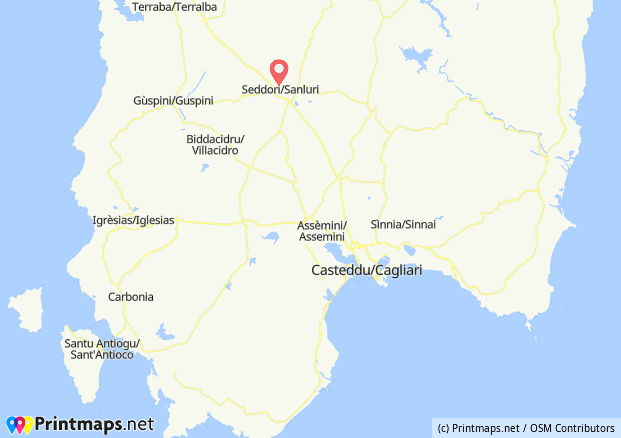 Sanluri is a town in the Campidano area, located about halfway between Oristano and Sassari.

Already in medieval times Sanluri was a town of some importance; today we can see numerous testimonies of this era, including several churches and the castle destination of our visit.

The square-shaped castle of Eleonora di Arborea is located in the heart of the town.
As we approach, we admire the elegance of the castle… Actually it is one of the best preserved fortresses in Sardinia!
Despite a seemingly linear appearance, the building has a very troubled history. The fortress was probably a stronghold in the Giudicati period for the Arborea family; the construction of this work dates back to the 12th century, but it was completely rebuilt by King Peter IV of Aragon, taking the forms that we can still admire today. 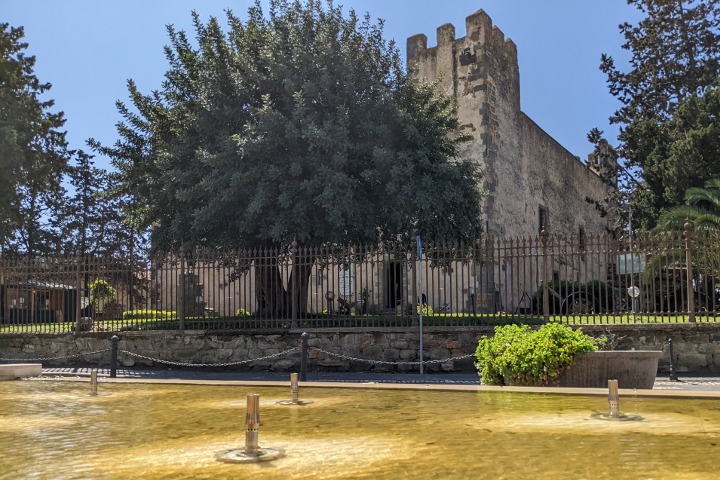 In June 1409, following the violent Battle of Sanluri, the manor passed into the hands of the Iberian feudal nobility. Over the following centuries, the fortress was the home of several families, until it was purchased by General Nino Villa Santa in the period between the two world wars; today the owners are the Villa Santa.
The current use of the castle depends on this last acquisition; apart from a short-lived strategic role during the Second World War, the building was used as a museum on the Risorgimento and the Great War. 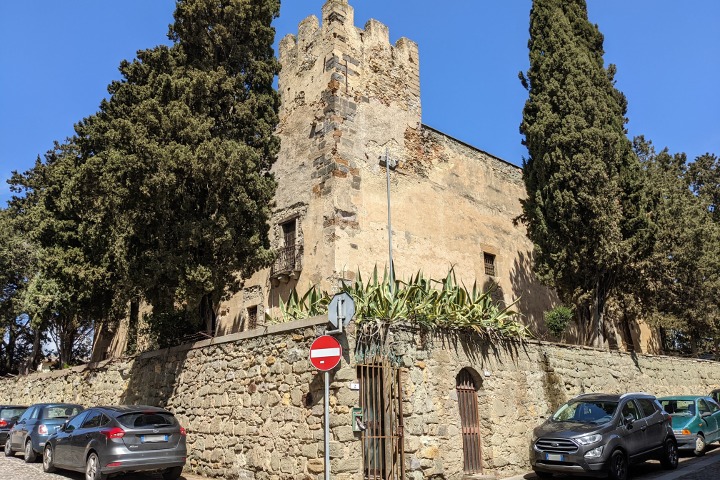 In spite of the name and despite being linked to the Arborea family, to date there is no historical evidence of a stay of Eleonora di Arborea at this castle.

The main part of the castle has a compact structure, with a quadrangular plan with small turrets in the corners; in the center of the building there is a small internal courtyard. The construction material used is a particular type of local stone known as “Serrenti stone” (trachyte). 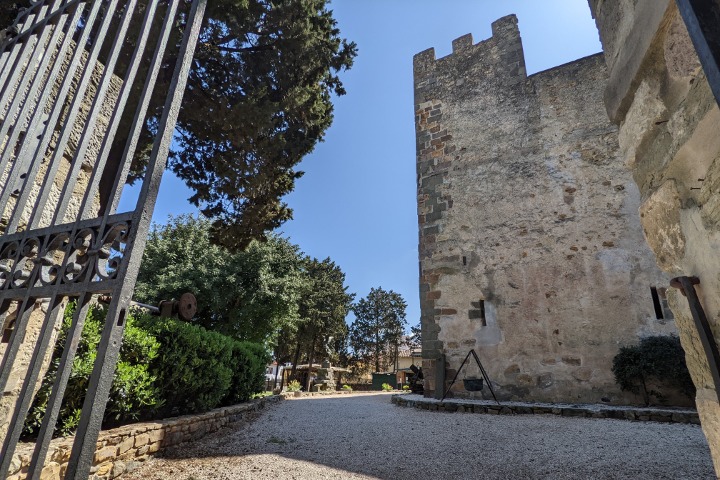 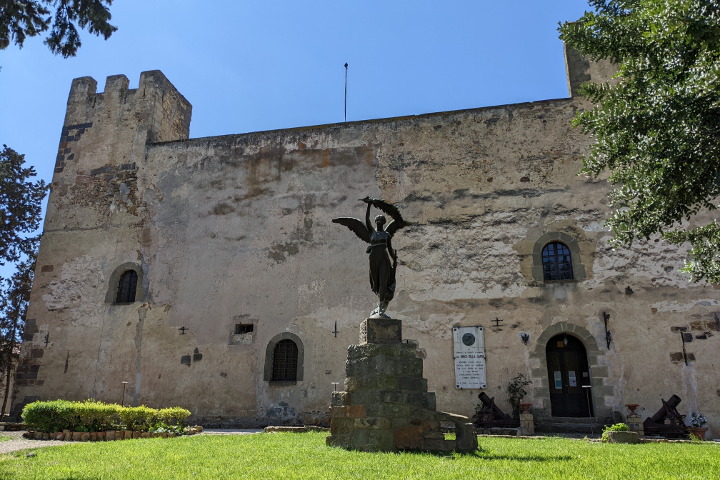 All around the manor there is a large and green garden; the low surrounding wall has no defensive features, currently having the sole purpose of surrounding the ancient noble property.
In the middle of the garden, the beautiful bronze statue depicting Victory captures us thanks to its harmony and lightness. 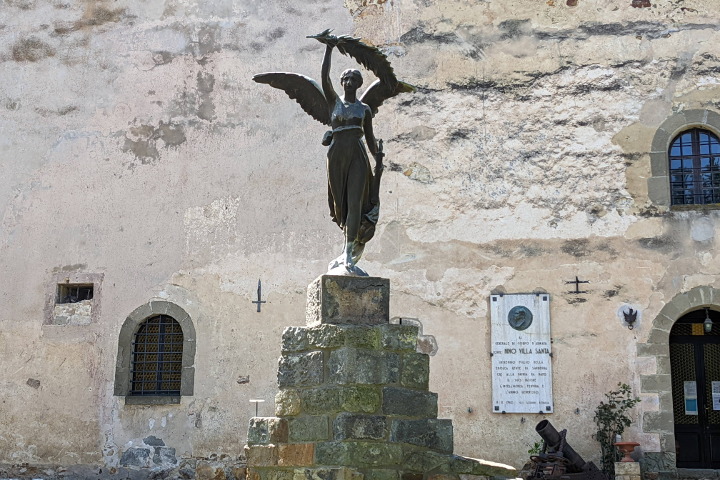 The presence of some medieval architectural elements all around demonstrates how the building was perfectly integrated into the medieval Sanluri. In the immediate vicinity there are in fact a portal with an arch (ancient door of the village) and the church of San Sebastiano. 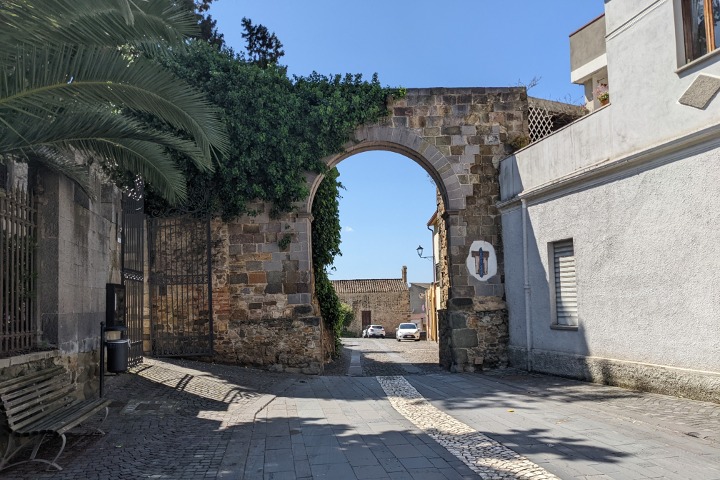 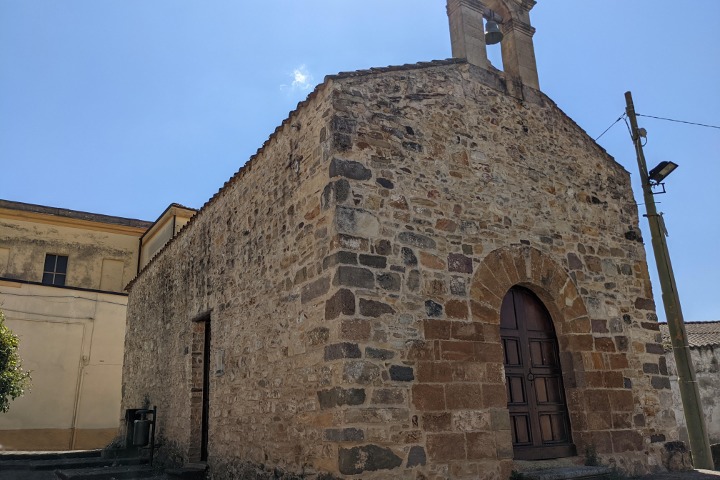 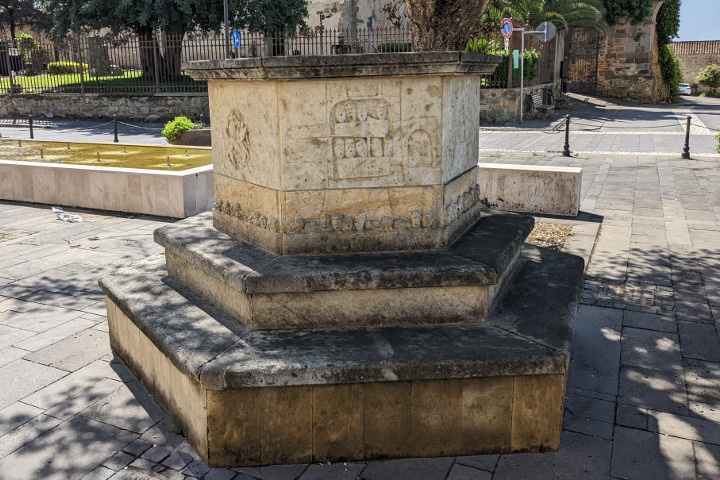 The interiors of the castle have been used as a museum on the Risorgimento and the Great War. However, the relics preserved inside the building and in the surrounding garden are not limited to these two historical periods, offering a broader picture of Sardinian and Italian history.
During the visit it is possible to climb up to the top terrace, from which to admire the view over the town of Sanluri.