August, recently passed, is traditionally in Italy the month of the holidays.
An Italian word that means holidays is “villeggiatura”. The name derives from the custom of the nobles, in the last centuries, to spend time in their country villas. So in this article we will go to discover a country villa… This is not a building of the last centuries, but dating back to Roman times!

Here the ancient aristocrats probably spent their holidays, the so-called “otium”… The place is Sant’Imbenia, in the bay of Porto Conte, not far from Alghero. 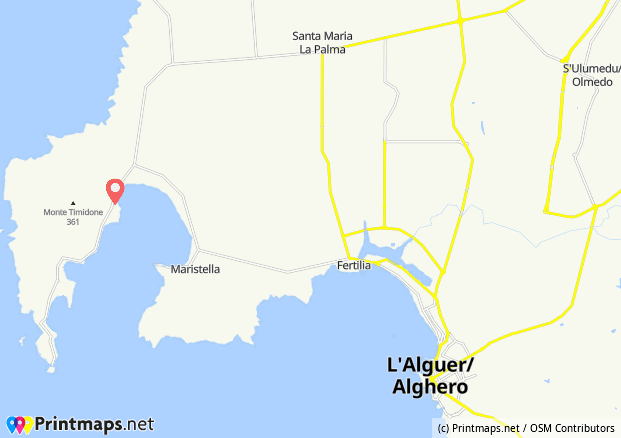 The Roman Villa of Sant’Imbenia was built in the first century AD in an isolated place, in the fascinating environment of the Porto Conte Bay… This is a stretch of coast protected from winds and sea currents, surrounded by hills and bounded towards the west by the awesome cliffs of Capo Caccia.
Although in this area the archaeologists have not found the remains of large cities, but traces of ancient settlements, in particular of a nuragic village. Numerous artifacts have also been found, including ceramics of Greek origin; this is why historians believe that an important maritime port was present here at the time of the Phoenicians.

We reach the villa following the road from Fertilia that leads to Capo Caccia, after the beautiful Mugoni Beach and the crossroads for Porto Ferro. We recognize the location thanks to a sign along the road and, on the left, we find a small parking area near a gate. Here the excavations have unearthed the walls and findings since the 90s, but only recently people can visit the site. 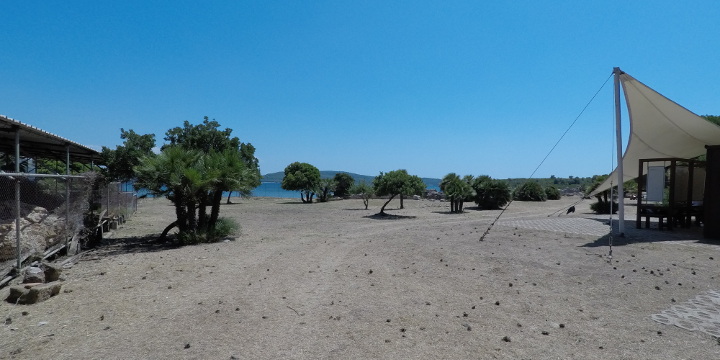 Once we have passed the access point, we are pleased to take a walk in nature; a pine forests surrounds the vast excavation area, overlooking the sea.

Here the archaeologists found the remains of the perimeter walls of the buildings. The area occupied by the villa is very extensive and the complexity of the structure suggests that the residence belonged to a person of high rank. The hypothesis is also confirmed by the presence of precious marbles and the remains of fine decorations.
Among the ruins there are also some arches and, in some points, the presence of a lower and upper floor in the original structure can be perceived. Surely a part of the housing complexes was reserved for landlords and other areas for servants. The experts also believe that an area was used as thermal baths. 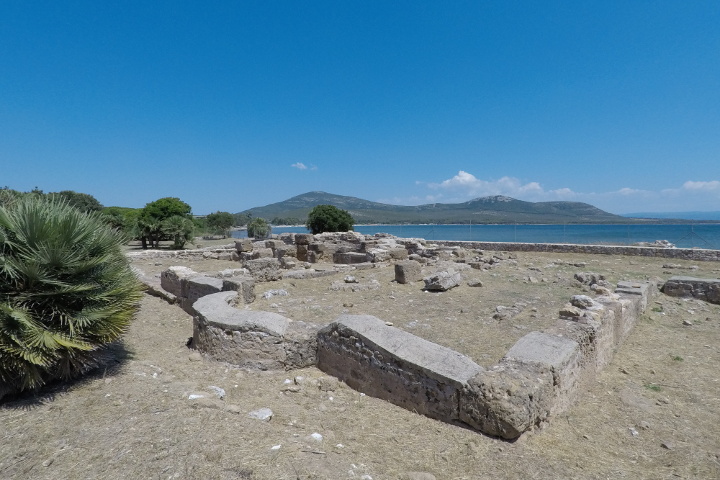 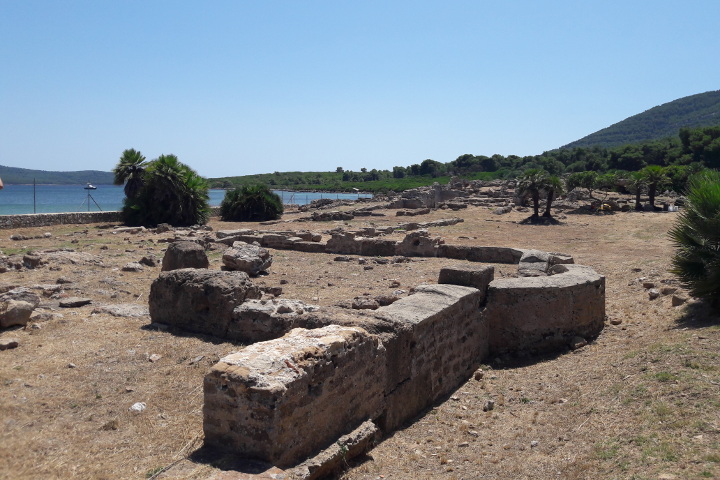 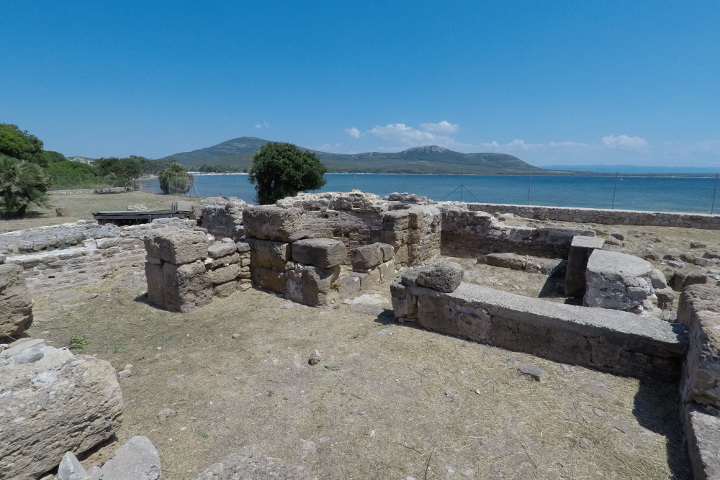 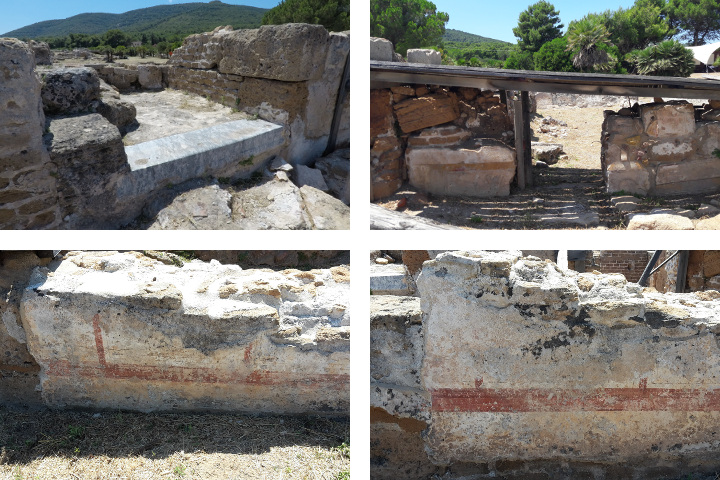 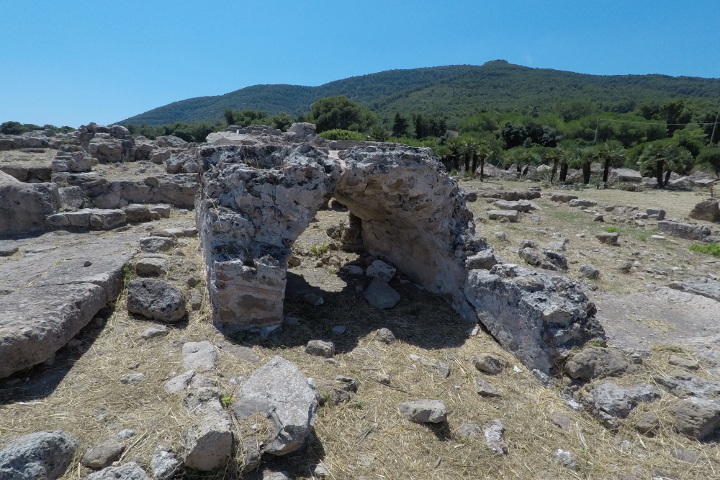 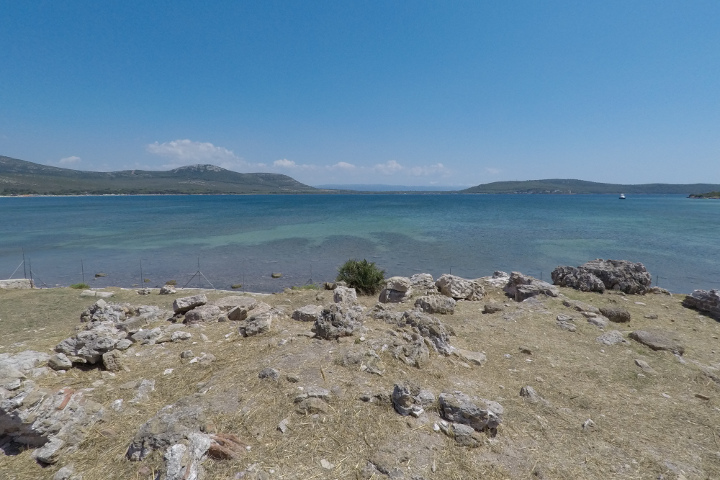 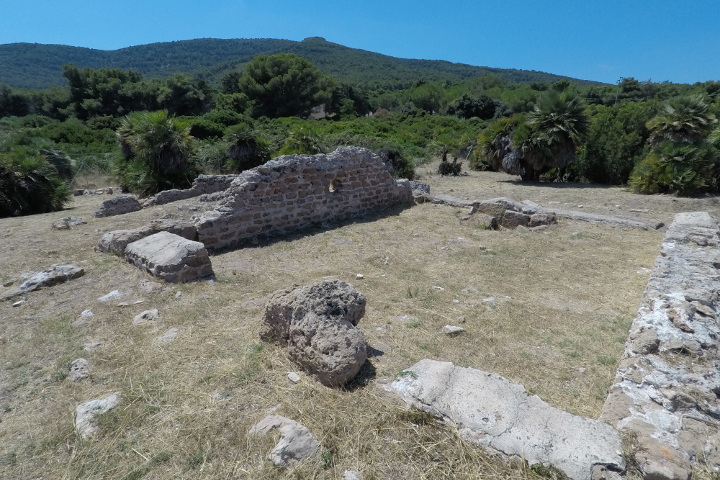 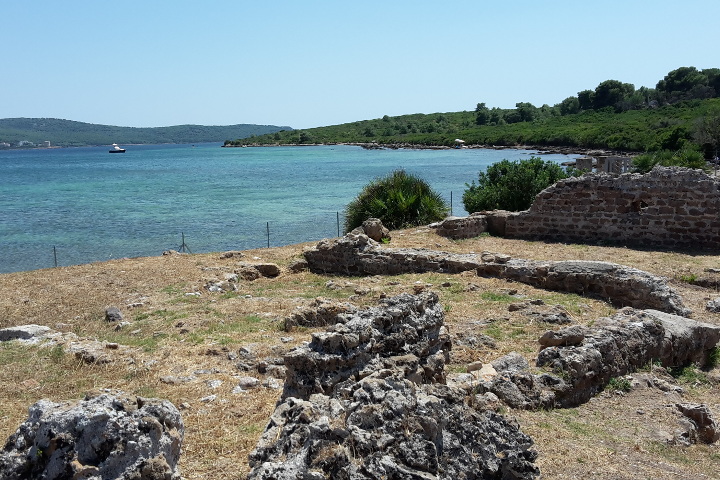 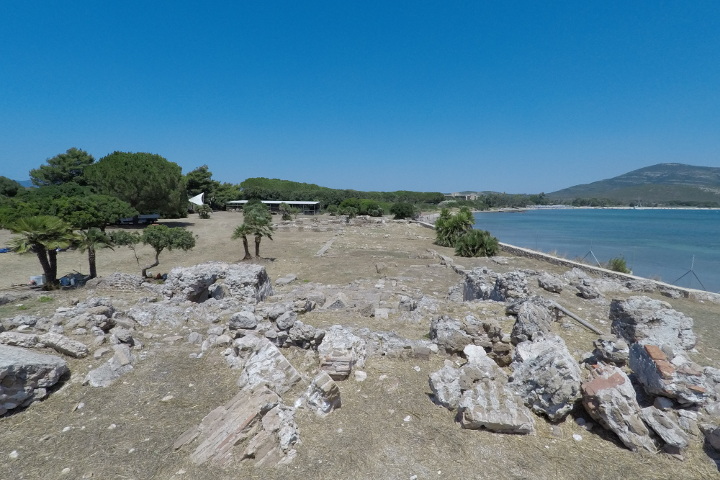 Fans of Roman history will found other information about the villa by visiting the Sanna Museum of Sassari. Here there are some fragments of mosaic and other precious findings of the area.