In the suburbs of Sassari we find the historical park of Monserrato; this is undoubtedly the ideal place for short walks and relaxing in nature. This destination is full of elegant gardens, fountains, small paths and stairways: a continuous discovery of picturesque corners! 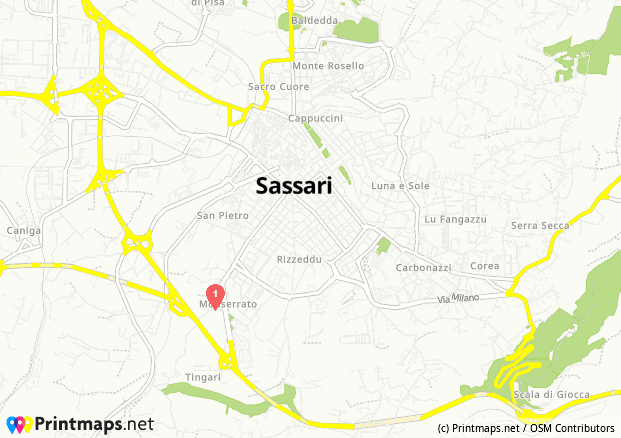 And on the other hand, the southern outskirts of Sassari are surrounded by woods and various green areas.

The origins of the park

The Monserrato park has been officially recognized as a site of historical and naturalistic interest since 1991.

The area was part of an old noble agricultural estate, belonging to the Spanish Navarro family in the 17th century. In the past, in this part of Sassari there were several estates and villas… And still today we find several period portals between the buildings and modern streets!

The area was acquired by the noble Deliperi family in 1758, then changing ownership several times about a century later. Giovanni Antonio Sanna, owner since 1866, used it as a park, a function that was also maintained in the following decades.

In the second half of the twentieth century the park faced a period of decay and abandonment, before being purchased by the municipality of Sassari and re-valued.

A walk in the green

In front of the entrance we find a statue depicting the coat of arms of Sassari.

We enter the park and we are immediately surrounded by a splendid natural amphitheater. Among palm trees, cypresses and hedges, we are in a dominant position, above the so-called Frogs’ Pool. It is a basin consisting of a spring, which for centuries has fed the irrigation of the park. 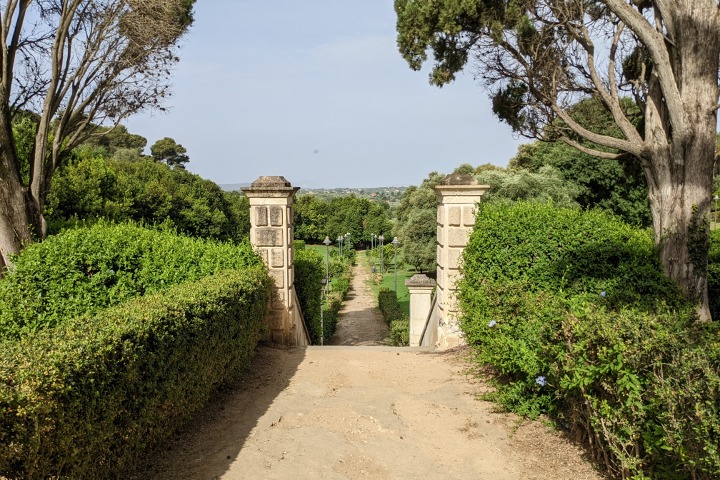 We observe the park in front of us slightly downhill, while with a flat path on the left we reach the church dedicated to the Madonna di Monserrat. Here there is also a restaurant for eating outside on fine days.

Going down along the paths we begin the exploration of the park… We can choose between several paths, immersing yourself in the dense vegetation or staying in the more open areas in the middle of the meadows.

So we keep to the left and come across the Fountain of the Nymphaeum. Like other fountains and cisterns found in the park, this small and elegant basin is part of the irrigation system. 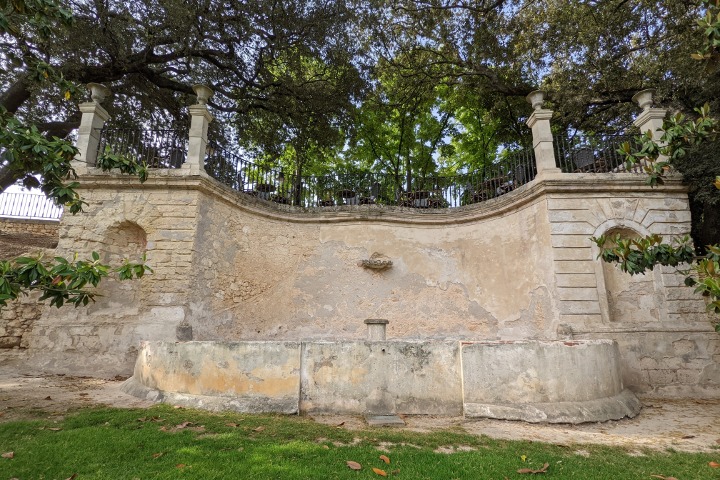 We proceed down a small path surrounded by dense vegetation, up to the lowest part of the park… Here we are surrounded by trees, in a context that is more reminiscent of a forest than a garden. 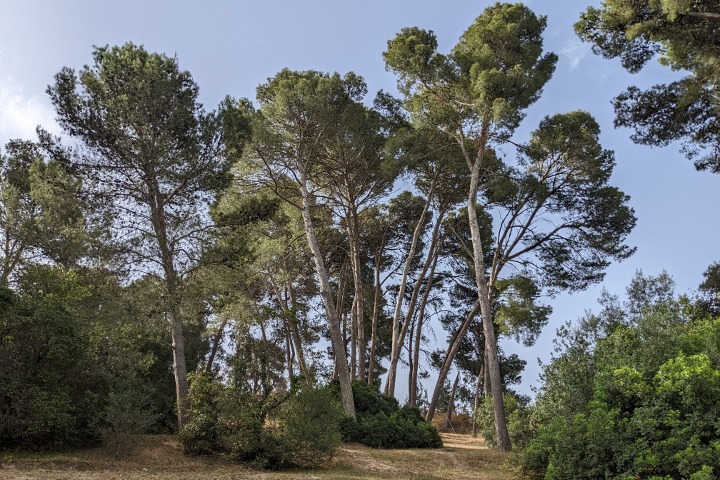 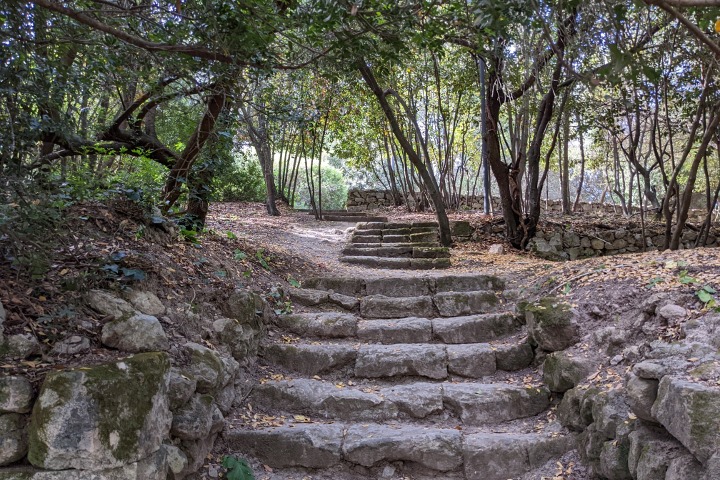 We come back now, keeping in the central part; here we discover the elegance of the splendid gardens with large lawns crossed by paths similar to green corridors, between hedges and regular rows of plants. 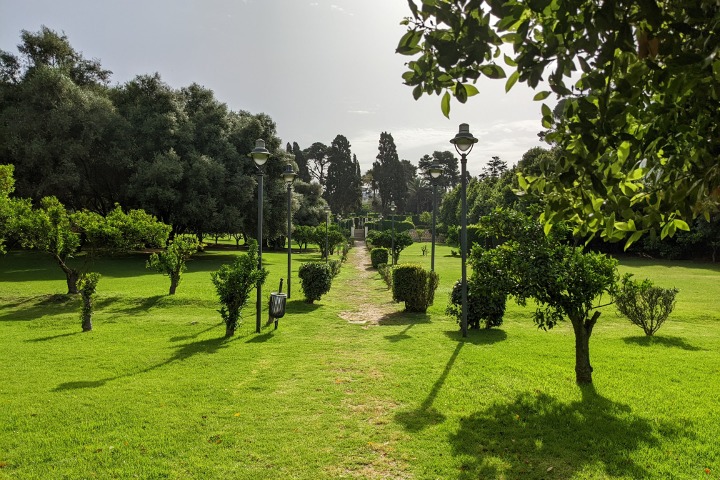 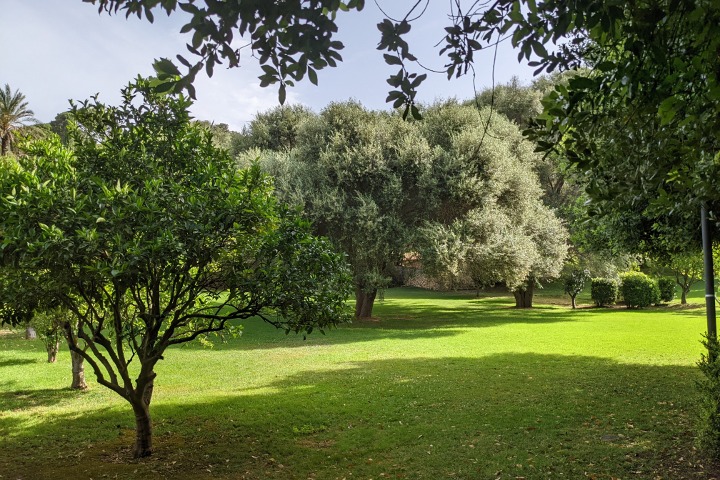 We cross the citrus grove, and then move towards the north area of the park, not yet visited. This part of the gardens is dominated by the tower, commissioned by Baron Giordano. Here we find a suggestive pool and a terrace that allows we to enjoy a beautiful view of all the gardens. 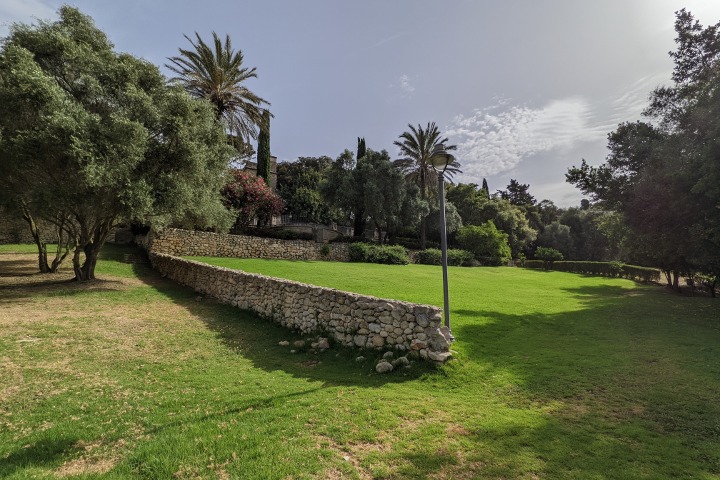 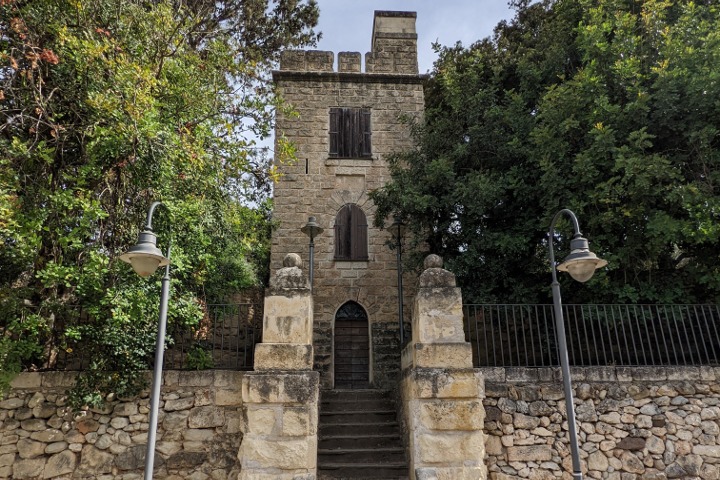 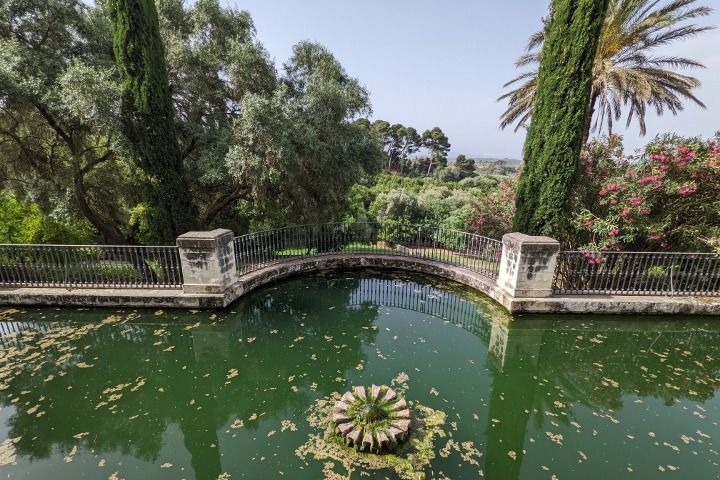 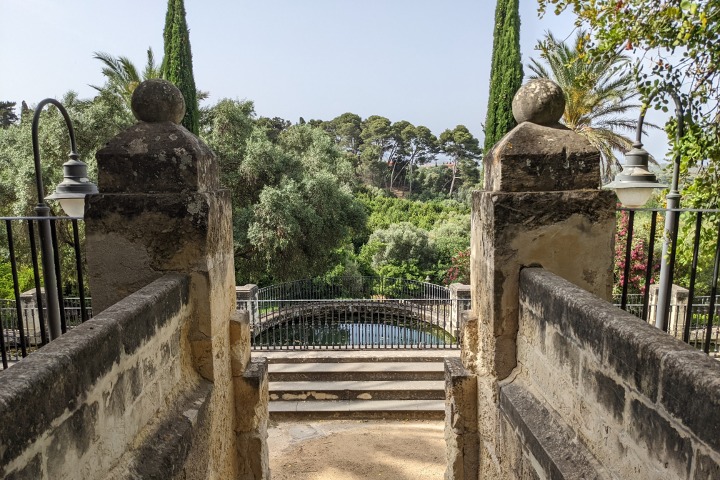 Returning further up, towards the entrance to the park, we find the Temple of the Waters; it is a building surrounded by large cisterns populated with goldfish and turtles. 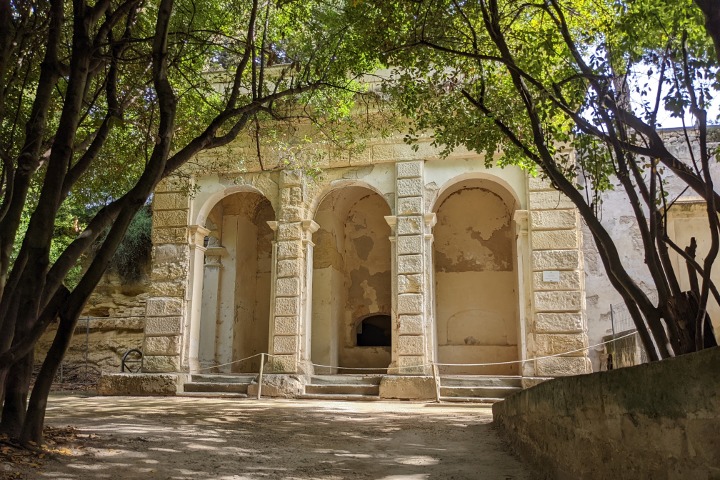 The walk ends with a look at the large gardens… Our exploration is at an end, yet we continue to discover new perspectives of these fantastic gardens! 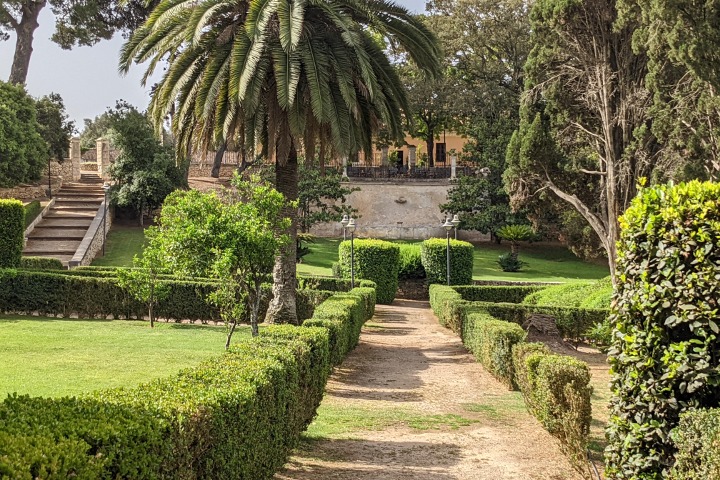 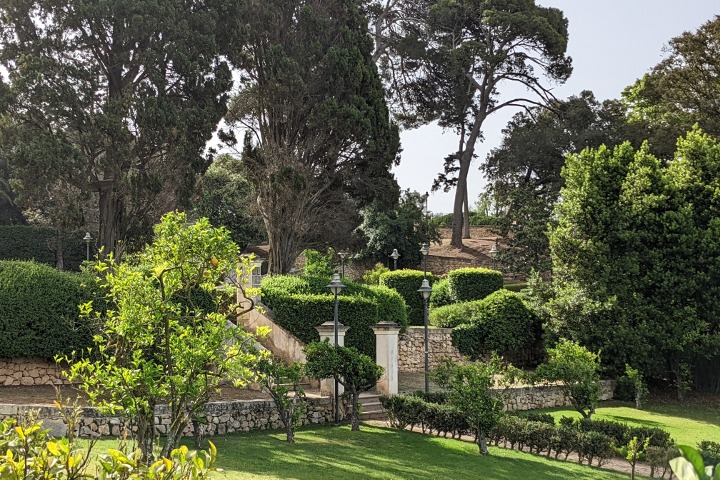