In the district of Latte Dolce, in a square on the outskirts of Sassari, there is a surprising and unexpected monument… It is not an ancient statue, a majestic palace, a curious work of contemporary art… This time, we are faced with an authentic steam locomotive built in the early 1900s! 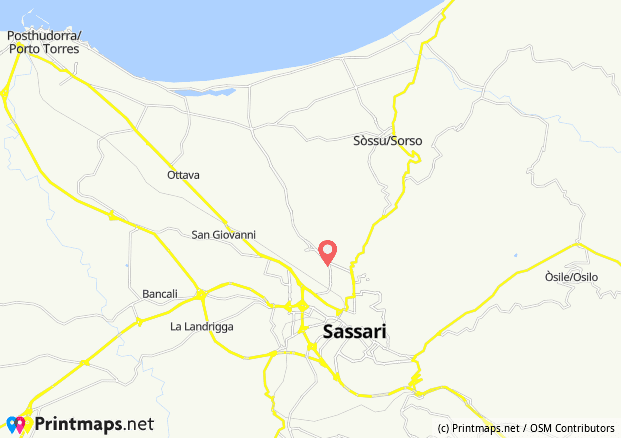 The locality of Latte Dolce

Let’s take a step back first, to introduce you to the area we are visiting today.
The Latte Dolce district is a suburb of Sassari, which has grown considerably in recent decades as a residential area. In the more distant past, this was a countryside area called Bosove. In the Middle Ages a rural church in Romanesque style was founded here; from this building, as we shall see later, the name “Latte Dolce” derived…
The small Romanesque church was dedicated to San Leonardo. The cult building, starting from the sixteenth century, was abandoned and rediscovered only in the eighteenth century.
In this period, despite the general situation of decay, a fresco still in good condition was found inside the building: the work portrayed a Madonna breastfeeding the Child.
The fresco, object of devotion for the faithful, took the name of Madonna del Latte Dolce; this name was then extended to the surrounding locality. The small restored church can still be visited, while a new and larger church was built a short distance away. 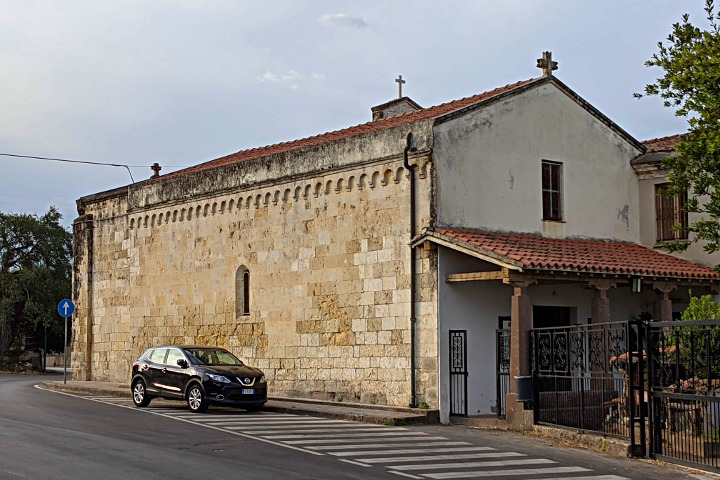 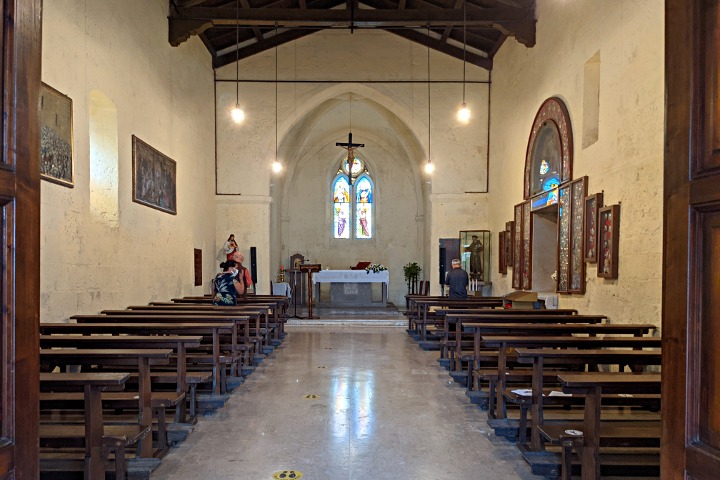 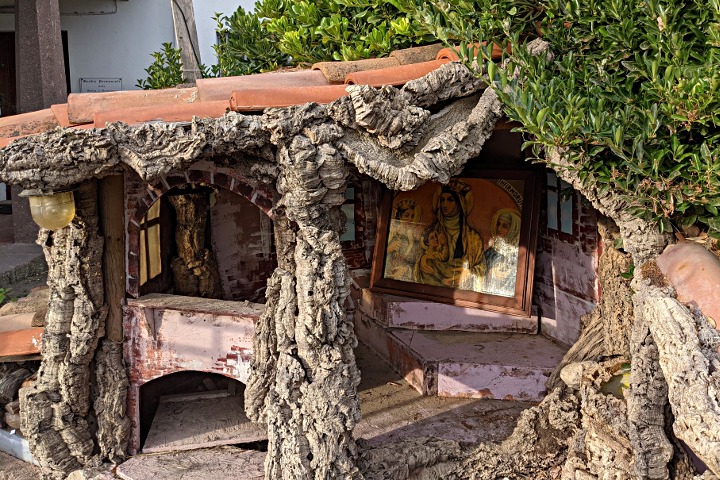 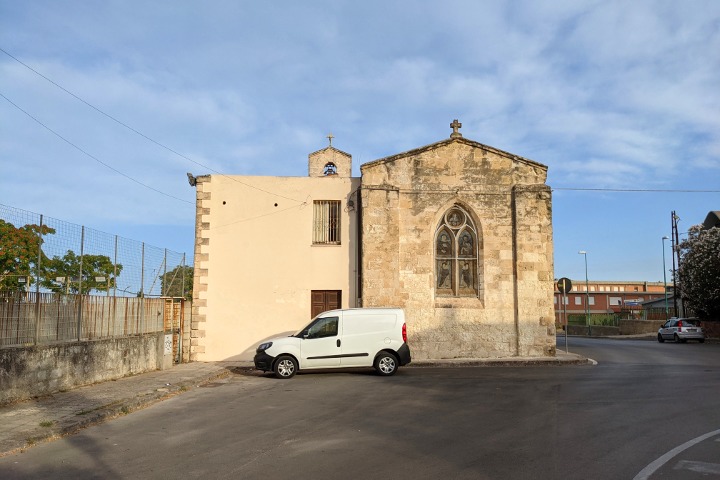 Not far from the small sanctuary of which we have spoken, in via Lago di Baratz, we find the old locomotive.
As soon as we notice it in a square, we seem to see an unexpected element in the city context… As we get closer we realize that, unfortunately, exposure to atmospheric agents has degraded and rusted some parts of the locomotive.
This does not diminish the charm of the vehicle; this is not a reconstruction, but an authentic Ansaldo Breda dating from 1911 and regularly in use for several decades!
The locomotive was placed in this suburban square, around 1980, as a monument dedicated to the fallen at work. 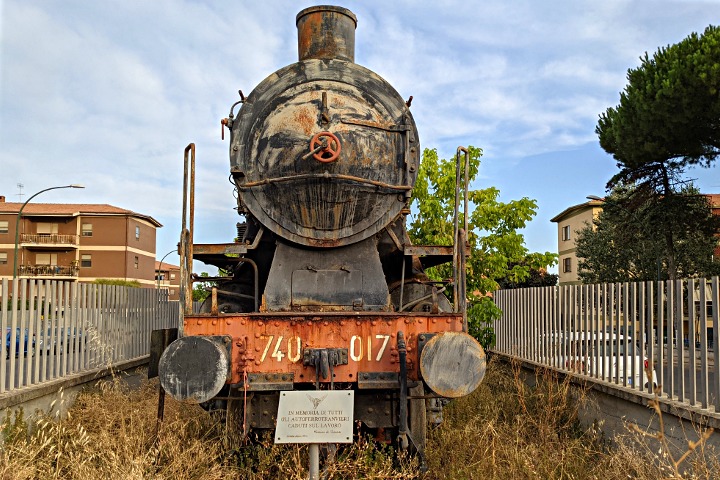 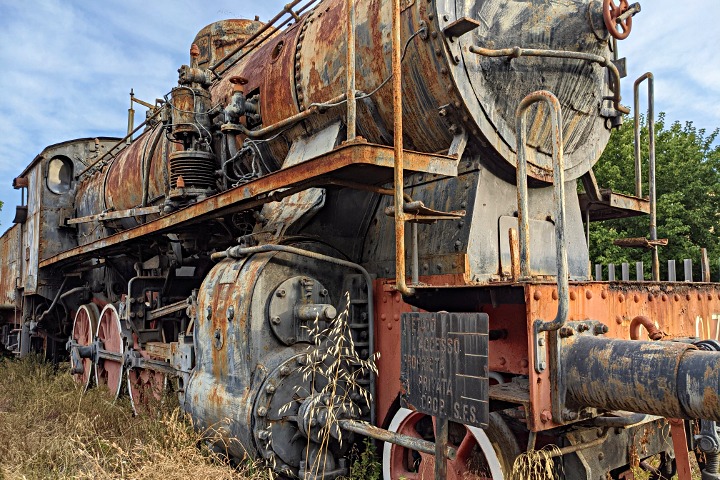 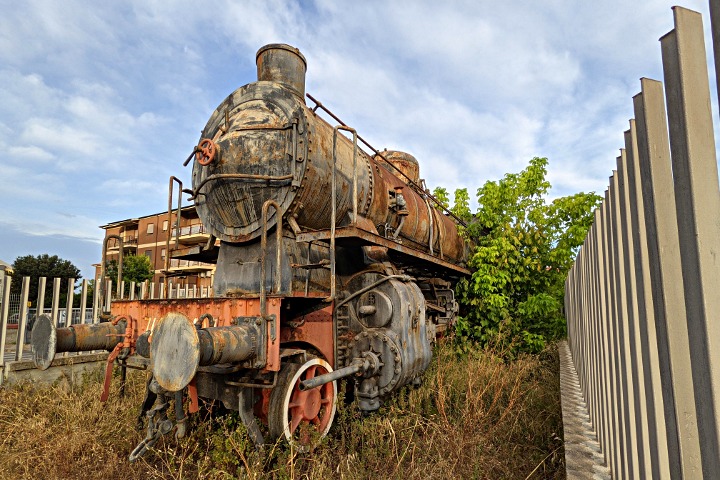 Up close we can admire the grandeur and elegance of the vehicle; we can also observe the details of this technological masterpiece from the beginning of the last century. Perhaps there remains a bit of regret for not being able to learn more thanks to a museum or presentation panels… But, in any case, the intent of those who placed this work is clear: the desire to share with people the inestimable value of this historic work of inventiveness.