Olbia is a small town on the coast in the north-east of Sardinia of great historical importance.

The town is located in the middle of a fascinating natural amphitheater: a basin surrounded by hills and mountains; furthermore towards the sea, in the distance, we can see the square promontory of the island of Tavolara. 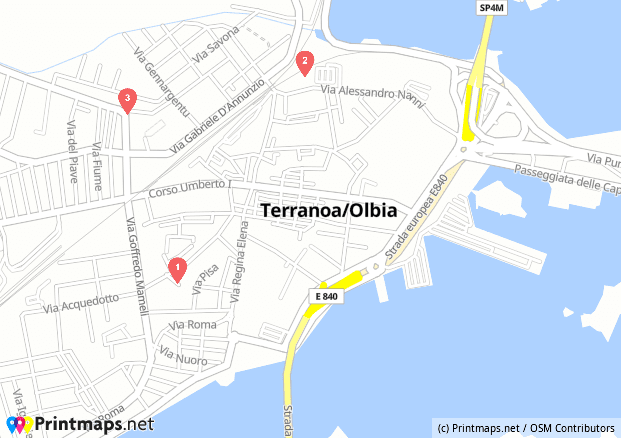 Although in Italy there are large cities rich in historical monuments, sites like Olbia are rare; here we find evidence of many different eras, starting from nuragic and pre-nuragic periods. We find also remains of the Punic colony, Roman ruins, medieval churches and more recent buildings of worship.
During a short city walk, we will reach some of these historically important places.

Our walk starts from Ennio Roych square, surrounded by small palaces and colored houses; here we find the beginning of a short pedestrian path.
After a few steps we see ancient walls around us, composed of large squared blocks of stone. These are some remains of the ancient perimeter wall of the Punic colony.
Unfortunately there is no information regarding the birth of the city; some experts believe it may have arisen as a Phoenician or Greek colony; the ancient Greek authors cited a town with the name of Olbia, probably born in the sixth century BC. In the following centuries it certainly became an important center and strategic Carthaginian site, with an active port; probably the ancient inhabited area coincides with the current central area of Olbia. 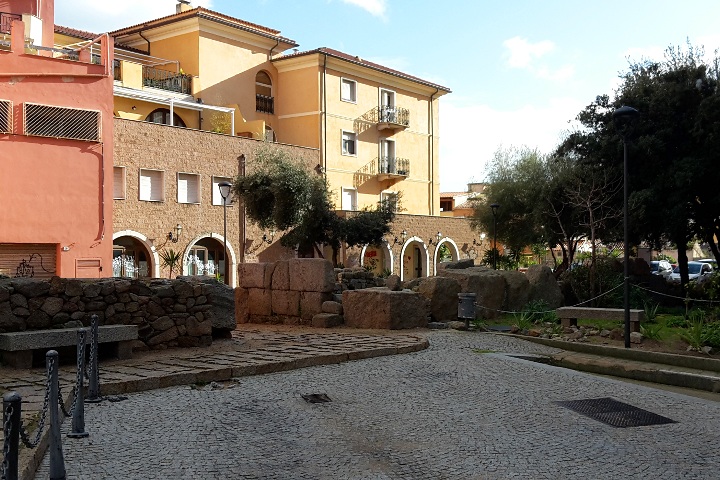 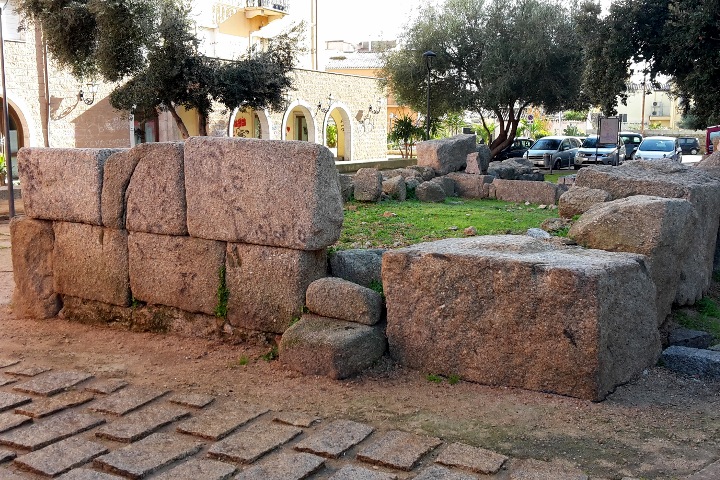 We continue the walk through the streets with names that recall the ancient structures of the Roman era, such as “piazza terme” or “via acquedotto”; and it is not uncommon to find remains of much older structures among modern buildings. 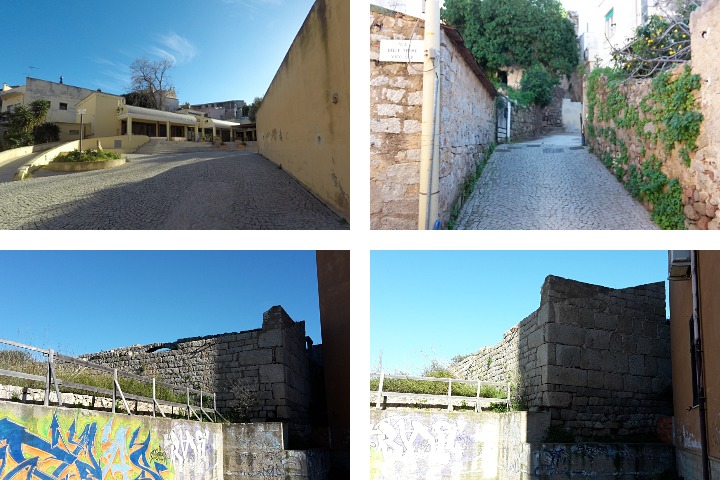 We walk the streets, remembering the history…
The city of Olbia, together with the rest of Sardinia, was conquered by the Romans in the years following the First Punic War (264-241 BC). There is not a lot of information about the first decades of Roman occupation, even if it is easy to hypothesize that it maintained a considerable importance, given its privileged position (facing the Lazio coast) as the first landing place for ships.
Many elements show the importance of Olbia in Roman times: the ruins of the aqueduct, the villas, the defensive walls; but also the remains of the ancient roads that connected the inhabited center to the other cities, the objects found in the excavations (jewels and ceramics), the wrecks of the ancient boats on the seabed near the coast…
Meanwhile, we reach the railway station area, where the tracks continue for a small stretch towards the sea.
Here, in a small park, we can see the remains of Roman buildings; we recognize the bases of the arches that formed the final part of the aqueduct and also other ruins; perhaps buildings with water distribution functions… 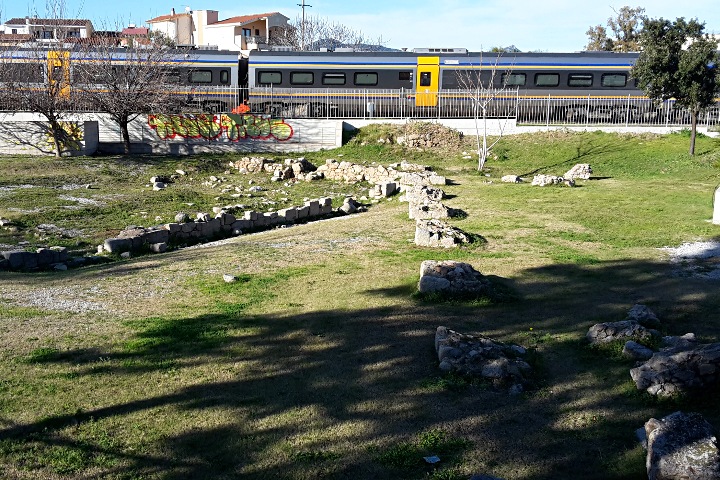 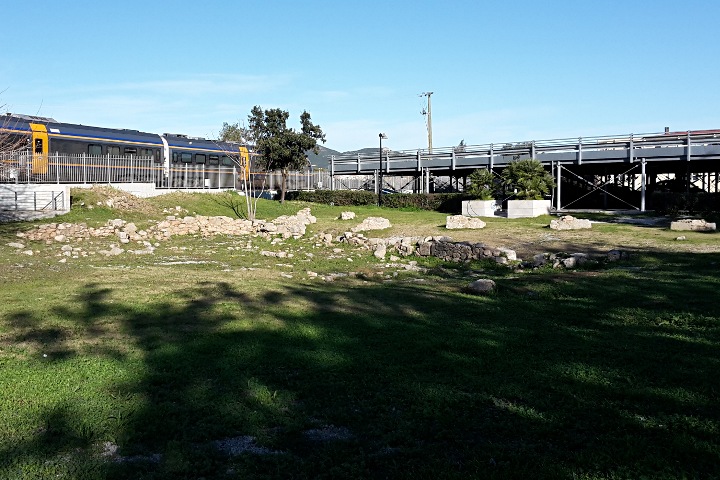 Not far from the Roman ruins area, we finish our walk by reaching the San Simplicio Basilica. This is certainly one of the most significant monuments of Olbia!

The church was built between the end of the 11th century and the beginning of the 12th century AD in Pisan Romanesque style; unfortunately there is not much information about the city at that time, in the period of the Giudicati. Historians attest that Olbia, under the name of Civita, was the capital of the Giudicato of Gallura (one of the four jurisdictions into which medieval Sardinia was divided).
San Simplicio Basilica held the role of cathedral until the sixteenth century, when the diocese of Civita was united to that of Ampurias.
The church, built mainly in granite, has a 3-nave plan. Unlike the other churches in the area, it has the apse facing west and the facade facing east. 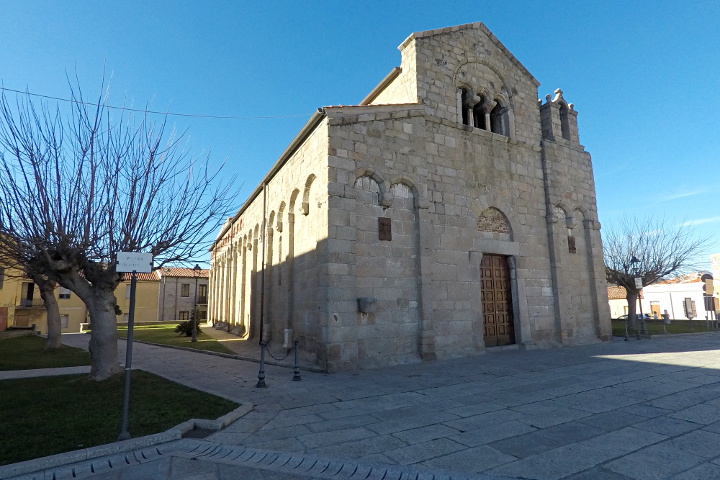 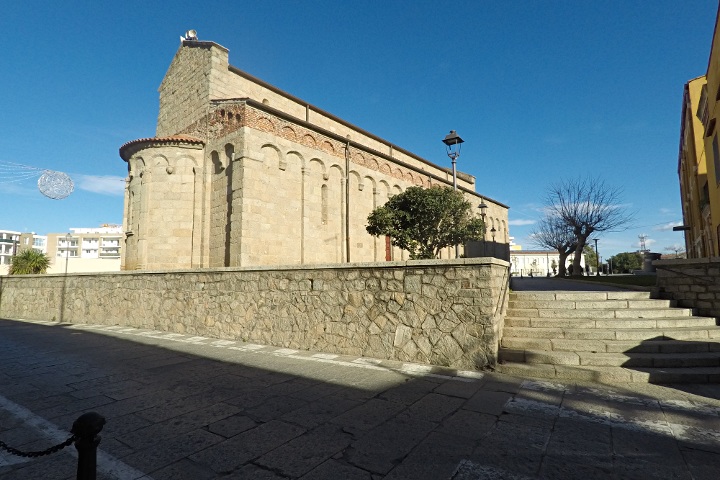 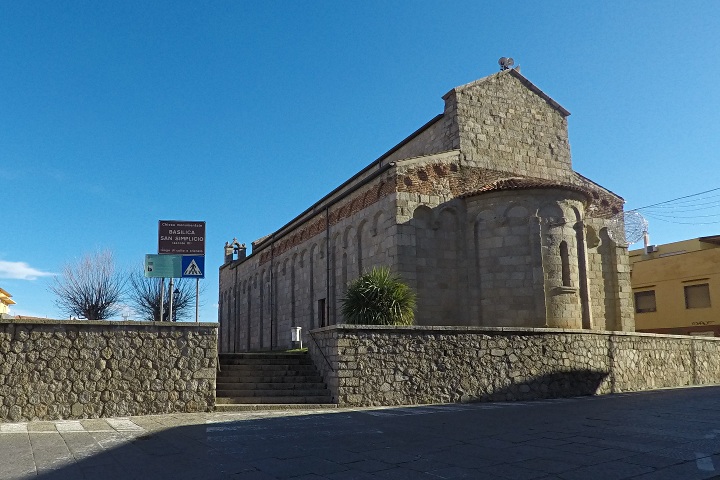 Our short walk through the streets of Olbia ends here and our experience can be considered as the first of several stages to discover the past of the city. In addition to those of today, there are many other places to see in this city, such as the remains of the Punic-Roman necropolis, accessible by an underground path near San Simplicio; or the site of the Roman aqueduct in via Mincio, the parish church of San Paolo, the archaeological museum and the various historical sites that surround the city… We will probably come back soon to write about these places!