In the area of Ozieri, in northern Sardinia, not far from Saccargia Basilica, there is the ex-cathedral of Sant’Antioco di Bisarcio, one of the greatest monuments of the Sardinian Romanesque.
We tell you about a visit we made during the autumn, a few years ago… 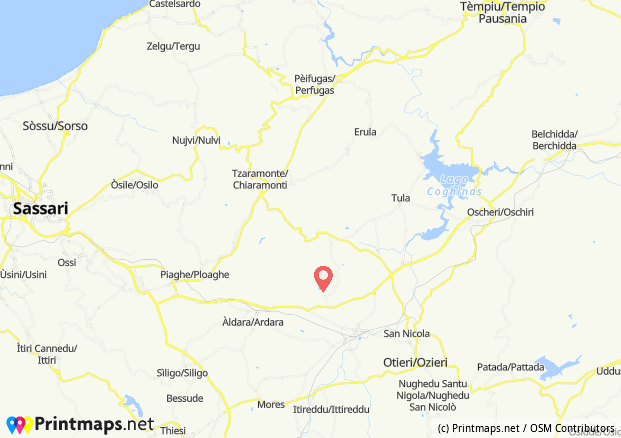 The church stands in the open countryside on the slope of a hill, surrounded by a green and almost fairytale landscape.
Although it can be reached by car, we prefer to walk the steps of the footpath from the houses below; so we go up the slopes on which the building stands. 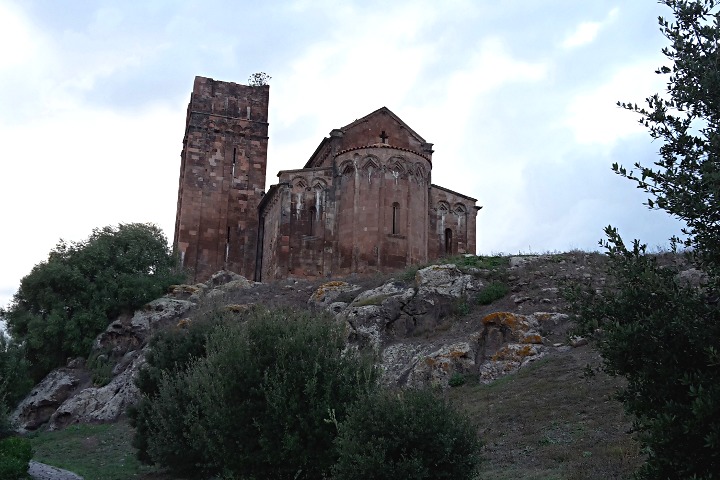 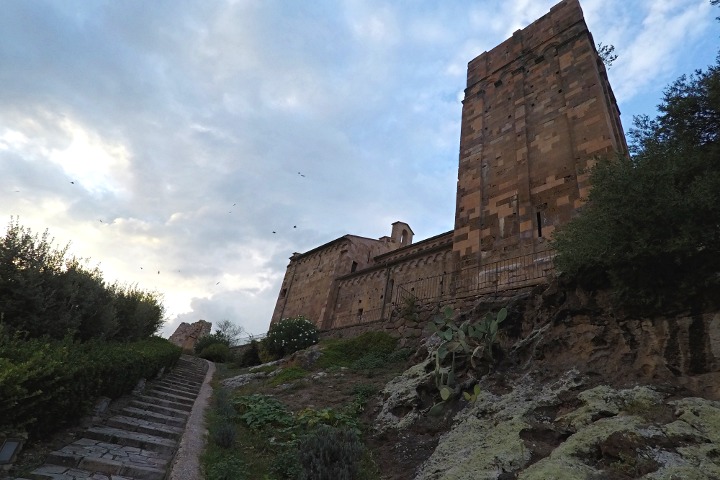 The slightly uphill path is an almost mystical experience… As we approach a place full of history and spirituality, behind us the view over the Plain of Ozieri becomes wider and more spectacular.
In the last stretch the pedestrian path runs along the south wall of the church, allowing you to admire an imposing bell tower, without the top part.
We reach the square in front of the building and the facade of the ex-cathedral tells us its story… A troubled history, which emerges from the alternation of styles and construction variants. On the facade we see elegant architectural elements, but there is an astonishing absence of symmetry. 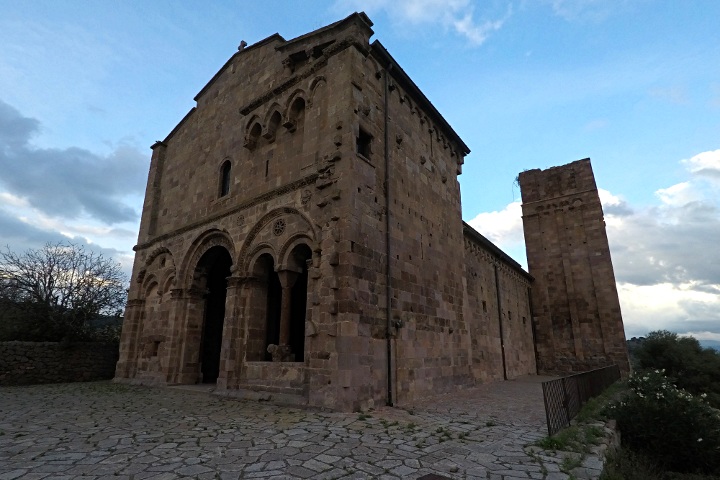 Around us there is a large courtyard surrounded by remains of walls. Remains of a past that deserves to be known… 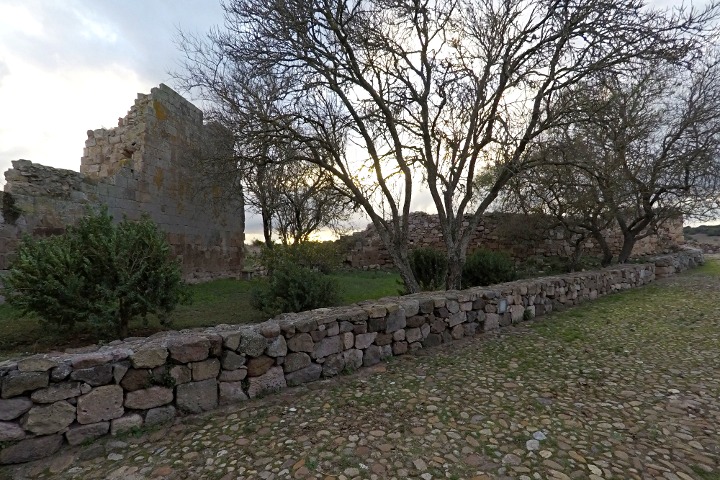 The name Bisarcio derives from the ancient village located near the church in medieval times. Only a few traces remain of this inhabited center.
The exact date of foundation of the Basilica is not known, but its name was already reported in documents of 1090 AD. The church was destroyed due to a fire and rebuilt around the middle of the 12th century. In the following century the elegant portico in front of the entrance was added. In the 16th century there was a collapse in the left part of the church and the subsequent reconstruction. 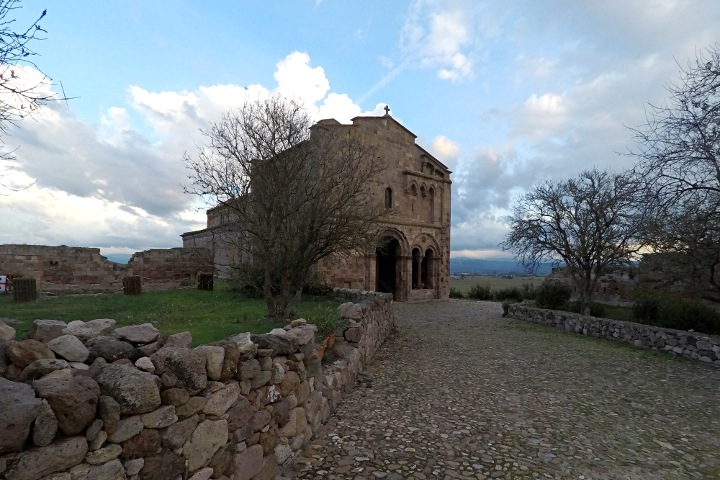 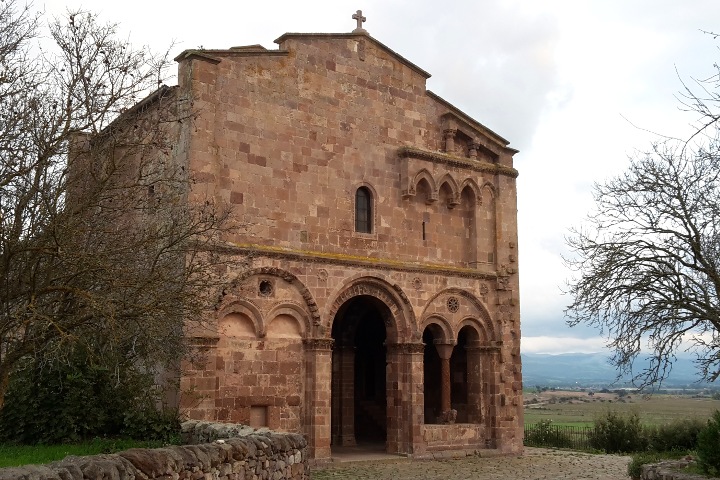 Throughout the late Middle Ages the church was the seat of the Diocese of Bisarcio, then suppressed in 1503.
In modern times the celebrations in honor of Sant’Antioco, patron saint of Ozieri take place at the Basilica, divided into two dates; medieval re-enactments are held in the months of May-June, while religious ceremonies on 13 November.

From the porch we enter the church. The building has a three-nave plan; the central one has a wooden ceiling, while the lateral ones have cross vaults. The atmosphere, with soft light that enters from the small single lancet windows, invites meditation.
A peculiarity of the building is the presence, on the upper floor above the portico, of the room used as ancient bishop’s chapel. 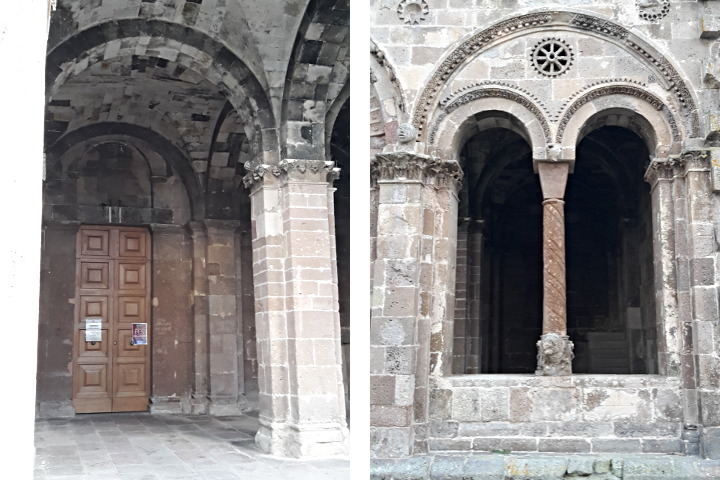 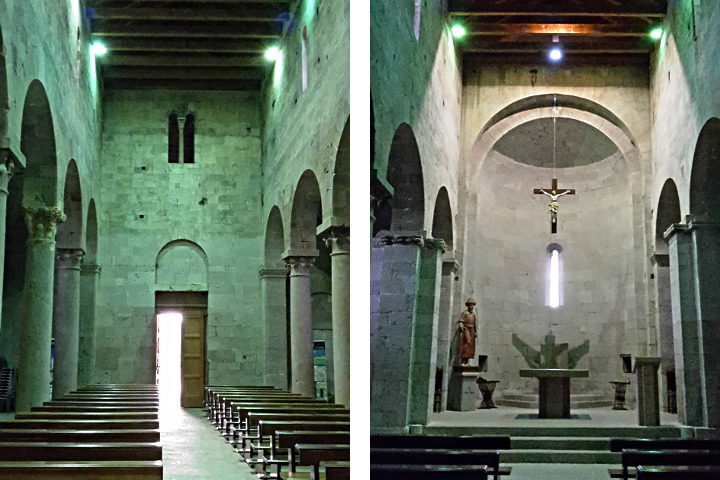 The whole territory of the municipality of Ozieri contains numerous archaeological treasures; in particular, some of these are located near Sant’Antioco di Bisarcio, a few hundred meters away.
Prehistoric paintings from the Riparo di Luzzanas have been found among the rocks of the northern slopes; they are cave paintings representing anthropomorphic figures.
Towards the west are the remains of the Nuraghe Mannu.