During a cold and clear winter day, we decide to visit one of the most fascinating historical sites: the archaeological area of Monte D’Accoddi , near Porto Torres.
Unlike nuraghi, domus de janas and sacred wells which are widespread in Sardinia, here there is the only ziggurat in the island (and in the central-western area of the Mediterranean). 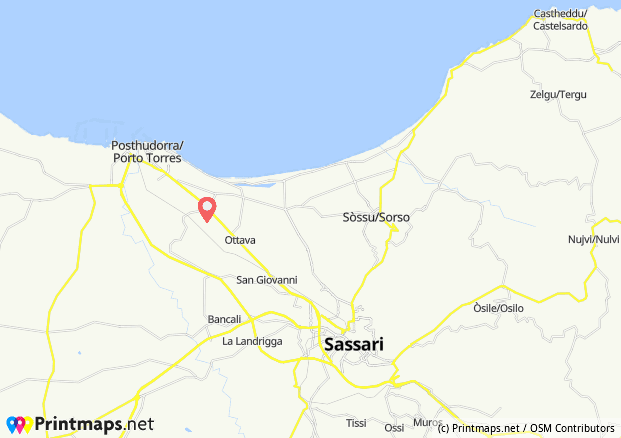 We will see a large megalithic altar, similar to the Babylonian ziqqurats and the Mayan pyramids. But to explain its creation we don’t need imaginative hypotheses, regarding mysterious civilizations disappeared or the coming of aliens in Sardinia… 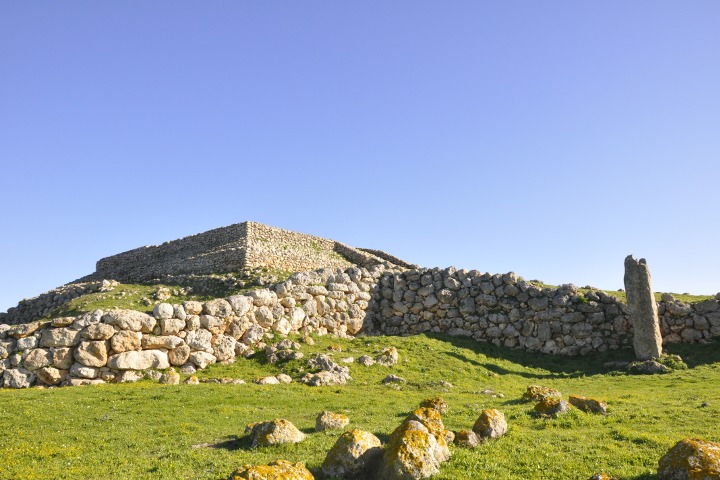 The type of architecture, the materials used and the construction techniques are perfectly part of the wealth of knowledge that historians recognize for ancient Sardinian populations. Probably this was an extremely important reference point for that era.


The history of Monte D’Accoddi

This extraordinary ziggurat remained buried over a long period of time, until the last century, under a hill; indeed the term “Monte d’Accoddi” means “mountain of stones”. The complex was only brought to light and studied thanks to the excavations undertaken by Ercole Contu in the 1950s.
As we approach the ancient structure, we admire the elegant shape which dominates the meadows; the clear limestone blocks make the ziggurat well recognizable even at a certain distance.

The traces of huts have allowed historians to know that the site was inhabited in prehistoric times, a few centuries before 3000 BC. At that time, a first temple was built, then, following a fire around 2800 BC, the megalithic altar was completely rebuilt. Among the old huts, only the remains of the foundations have been preserved, consisting of rare rows of stones.

Some important stone sculptures are still visible on the sides of the monument. On one side a menhir, consisting of a single block of granite carved in a vertical position; it is an ancient symbol of connection with the sky and at the same time with virility; on the opposite side, a large stone table with numerous holes, probably used as a sacrificial altar.

The whole area probably was the scene of ceremonies, rituals and also pilgrimages; the remains of food and the objects found in the excavations testify to this. Not by chance there is a necropolis a few hundred meters away.
As we walk around the ziggurat, we notice two large spherical boulders located to the side of the large access ramp. The larger one probably symbolizes the sun, and the smaller perhaps the moon… Everything suggests that this place could also be used as an ancient astronomical observatory.
Another important sculpture that we can observe is a statue representing a stylized human form.

Even in Roman times and in the Middle Ages, the place continued to be frequented.

The most exciting part of the visit is certainly to reach the top of the prehistoric altar. We walk on the long ramp and the last few degrees up to the top terrace.
And here we stop to observe… 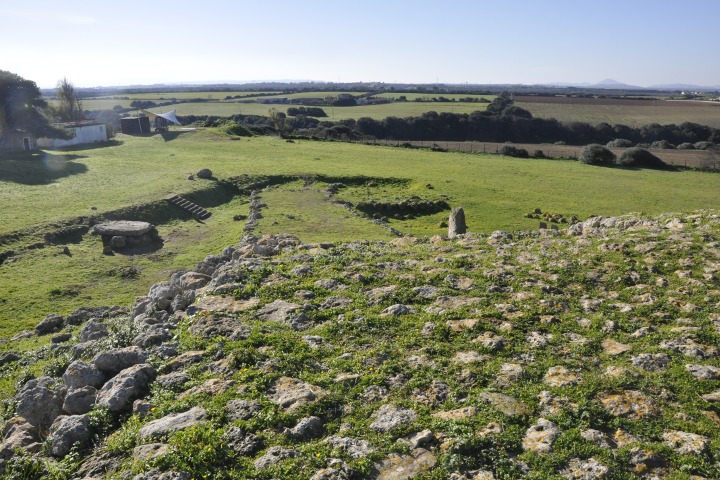 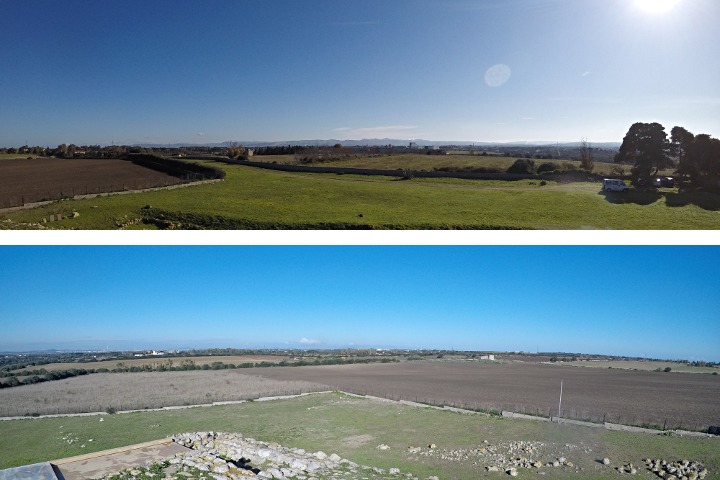 The glance over the green plains of the Nurra is excellent and, in the distance, the hills of the Alghero area and around Sassari stand out.
From here the ancients could admire nature or the constellations… In a charming and mysterious place, transformed by the skill and wisdom of ancient populations.

If you want to continue exploring Monte D’Accoddi via your computer, we suggest our Virtual Tour.

We thank Escursi.com, the online travel agency our partner for experiences in Sardinia, which allowed us to visit this place with the valuable support of a guide; it was a good opportunity to explore this extraordinary monument and the nearby archaeological site of Su Crucifissu Mannu.