Although the name of the Nuraghi Valley comes from the ancient monuments, symbols of Sardinia, this territory also contains many other interesting places; here you will find not only nuraghi, but also small and big surprises, ancient or recent sites and wide panoramas…
We have already described the beautiful palace of Santu Antine in the previous article. Today we show you one of the many “alternative” itineraries of this area. 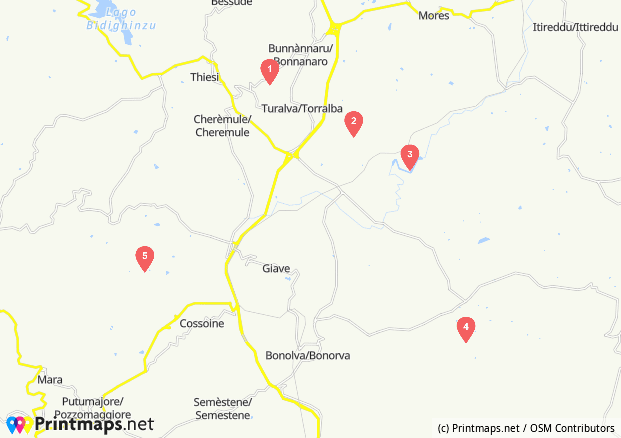 Our route today starts from the small town of Torralba; but today we will not follow the signs for Santu Antine and instead we will go towards the ancient Romanesque church of San Pietro di Sorres. 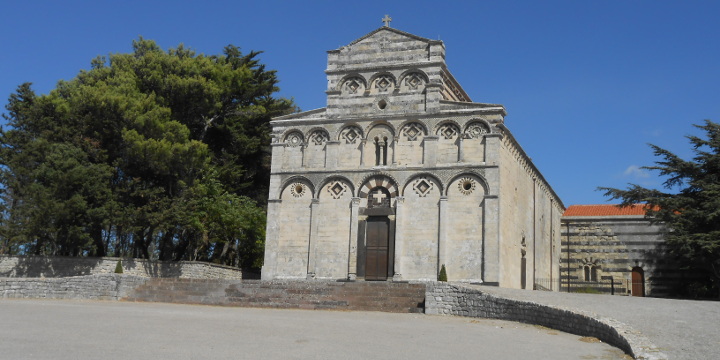 This charming ancient cathedral stands on a hill, halfway between the towns of Torralba and Borutta; founded presumably between the twelfth and thirteenth centuries, it was a place of worship of considerable importance. The church was the seat of the diocese of Sorres until the year 1503.
The Romanesque-Pisan style façade is very attractive both for its balance in its forms and for its decorative richness.
Also the view of the interior is very charming: the alternation of bands of light and dark stones enhances the elegance of the structure. We can also admire a gothic-style pulpit, made of white marble. 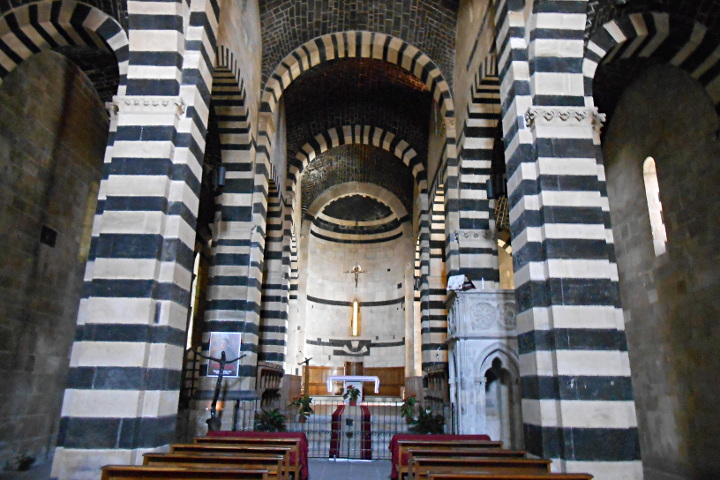 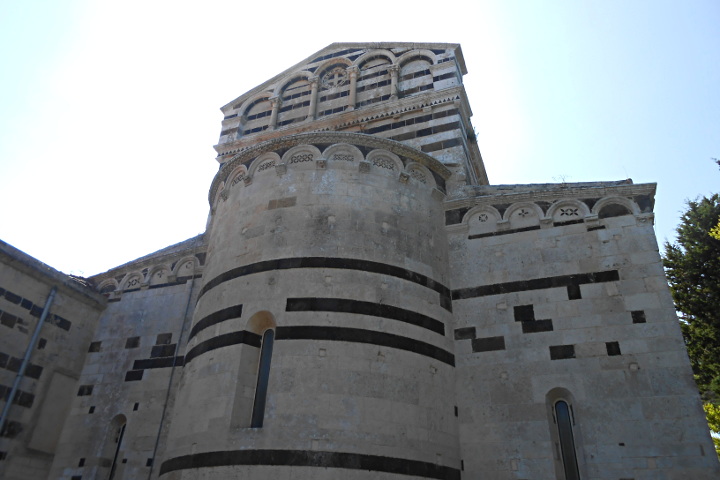 Near the church there is the Cathedral Museum, containing religious works and archaeological finds.

Church of the Holy Spirit

We leave the church of San Pietro and return to Torralba. Here our curiosity leads us to leave the main roads towards the most famous destinations, for a more tortuous route, following the indication for the Church of the Holy Spirit (Chiesa dello Spirito Santo)…
We follow a small but asphalted road that crosses slopes and green fields and, after a couple of kilometers, we turn right onto a dirt road; however, it is in good condition and does not create problems when passing by car.
Thus we reach the country church of the Holy Spirit; it is a seventeenth-century building located in a postcard setting, in the middle of a meadow surrounded by rows of plants. In front of the church, on the left, large stones are clearly visible: the remains of a nuragic structure.

Our stop is short, also because the religious building is closed. We come back, along the dirt road, to return to the small asphalt road that has brought us here…

The Tomb of the Giants of Sa Pedra Longa

Once we reach the asphalted road, instead of going back towards Torralba, we continue towards the south-east. The route, through the plain, leads us in a few minutes near the Tomb of the Giants of Sa Pedra Longa. With a small deviation from the main road, we reach the unpaved square in front of the ancient monument.
The building dates back to the Bronze Age. The name of Tomba dei Giganti comes from the legend that such impressive structures were so large to allow the burial of individuals of gigantic size. In reality, these places was used for the burial of common sized people and built by the ancient inhabitants of the island.
Unfortunately, the remains of Sa Pedra Longa are not among the best preserved; we can still admire the main stele and the stones on the sides, which allow we to imagine the shape of the original structure. 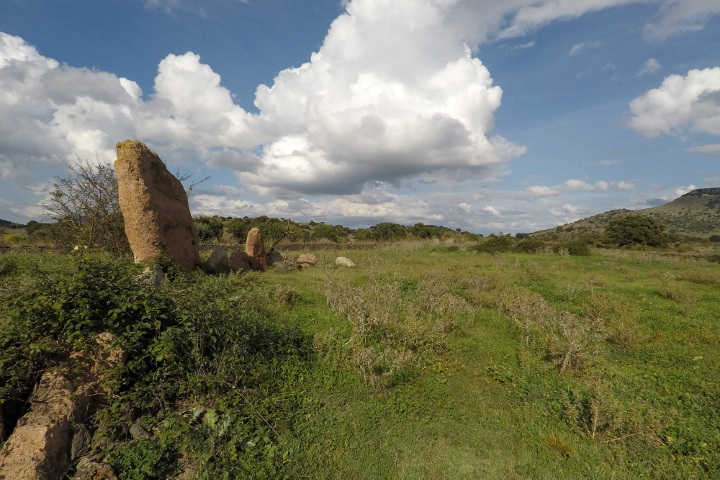 Then we go further south, until we find larger roads that lead us to the ghost town of Rebeccu.
According to the legends, this small town is destined never to exceed thirty houses. This is the effect due to a curse launched by the princess Donoria, exiled by her father (the king of the village).
Surely the inhabited center began to be depopulated from the late Middle Ages, probably due to the plague or famine; the decline was completed in the modern era and currently there is not even a resident.
The streets and some buildings have been restored in recent years, thanks to the efforts of cultural events; between 2007 and 2013, the event of the Rebeccu Film Festival was held here every year.

Walking through the silent streets of this country gives special sensations, as if we were in front of a place where time has stopped.

The Church of Santa Maria Iscalas

We end our itinerary moving westwards, on the slopes of Mount Traessu, which overlooks the village of Cossoine. Here we found the country church of Santa Maria Iscalas, small architectural jewel built in the early Middle Ages (the date is uncertain).
It is a particular building, unique in this area because of its free-cross plan and its Byzantine style.
We have chosen this place to conclude our tour not only to visit the church, but also for the wide panorama. From here the view includes the Valle dei Nuraghe, becoming particularly evocative with the warm colors of the sunset.