What could be more relaxing than an itinerary on the green hills in spring?
And if there was the possibility of reaching an ancient fortress that dominates the valleys and from which you can see overseas lands?
Follow us to discover the ancient village of Chiaramonti and Doria’s Castle! 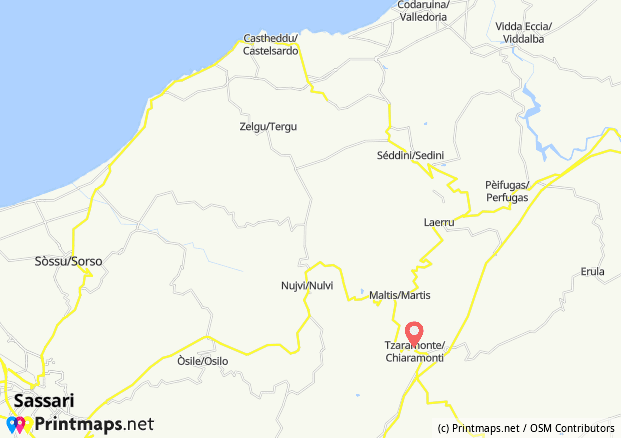 During a wonderful morning of sun, we start a trip on the roads of Anglona; it is a pleasure to drive on lonely roads, surrounded by green hills. A thin haze in the valleys makes the landscape even more fascinating… 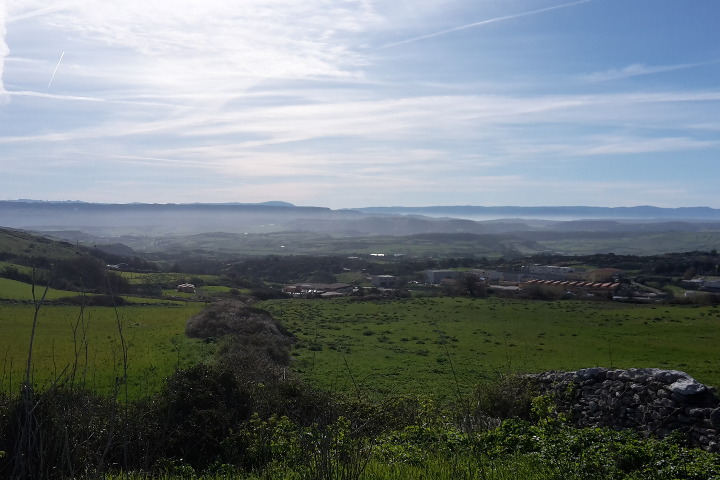 We follow tortuous roads, which offer panoramic views on small towns, like Nulvi and Martis. The hills around us alternate woods, fields and meadows and we often find beautiful spring flowers.
When we reach the first curve after Martis, we see an exciting panorama. In the distance a hill dominates the valley; on the slopes of the slope you can see the buildings of Chiaramonti and on the summit appears the outline of the ancient castle.

The village of Chiaramonti is small, but you can find very suggestive points in its narrow alleys. In a few minutes on foot you can discover some murals and reach the nineteenth-century church dedicated to San Matteo; in the highest part, you can see the old windmill and the irregular shape of the castle. 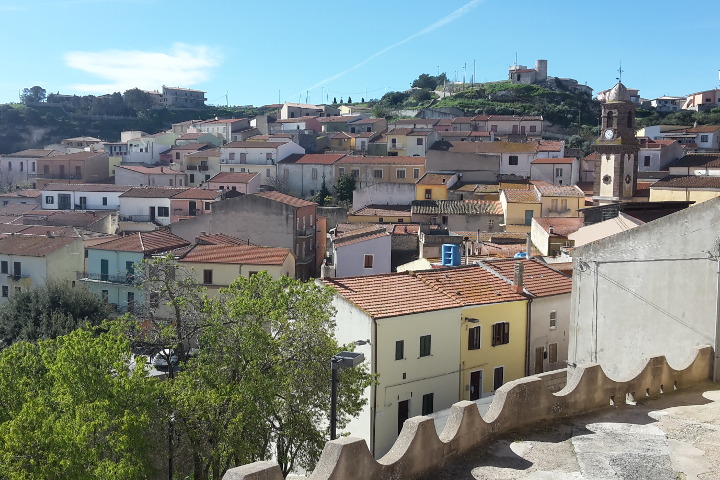 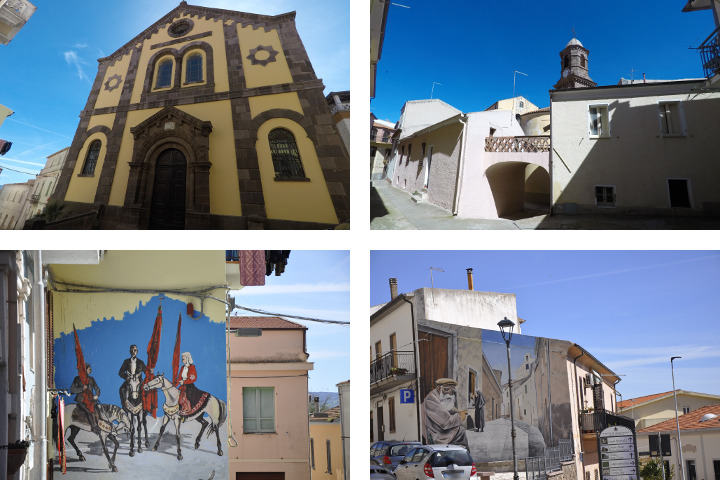 The castle was built by the Doria family in the 13th century, on the top of the hill of San Matteo; the Genoese family in the Middle Ages dominated several territories in northern Sardinia and built many fortifications in the Anglona.
This fortress was modified over time, several times. During the seventeenth century a part of it was transformed into a parish church and, after two centuries, it was abandoned.
Unfortunately, today only ruins remain.
Following the signs in the streets of the village, we approach the castle. After the last houses, a steep hairpin leads us to the ruins. 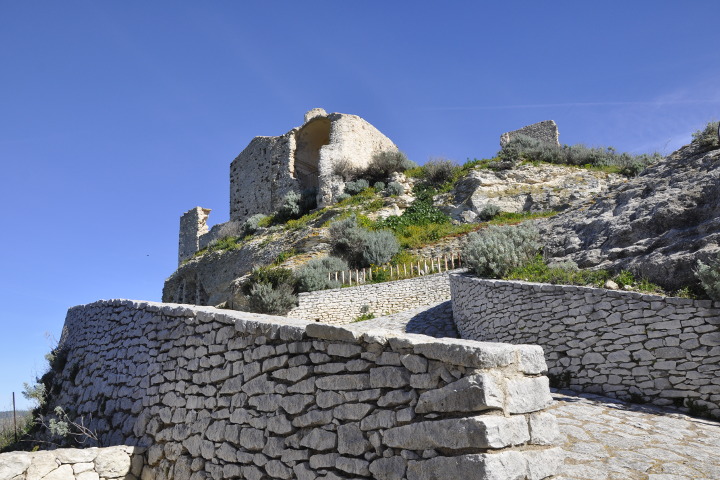 The paved road rises among the meadows, inside the wide area surrounded by a low wall. From here the view is incomparable, not only on the valleys and on the surrounding hills; in fact, we can observe the snowy peaks of Corsica, in the distance! 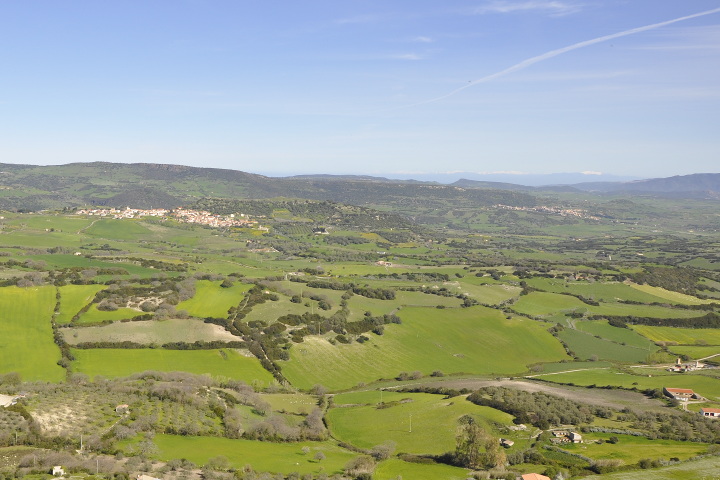 Crossing meadows dotted with flowers, we head towards the remains of the church.
Although the structure is devoid of the roof and the facade it is still possible to imagine its ancient appearance. In the highest position there is the tower, surrounded by large portions of the walls of the church, with some small remains of the friezes that adorned the walls. In a niche there is still a stone altar. 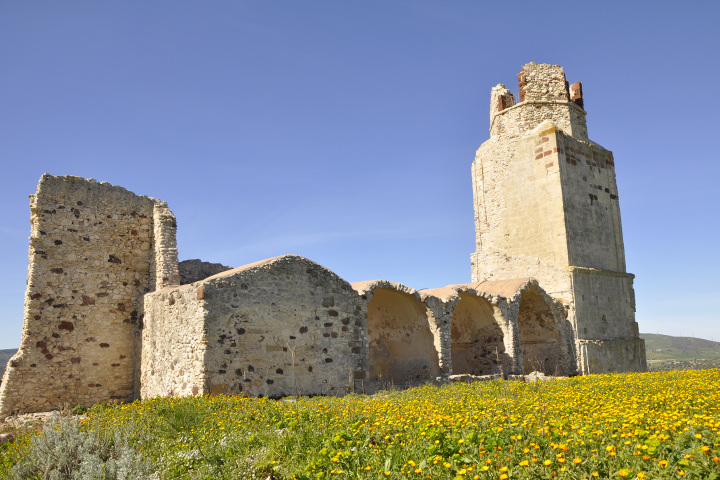 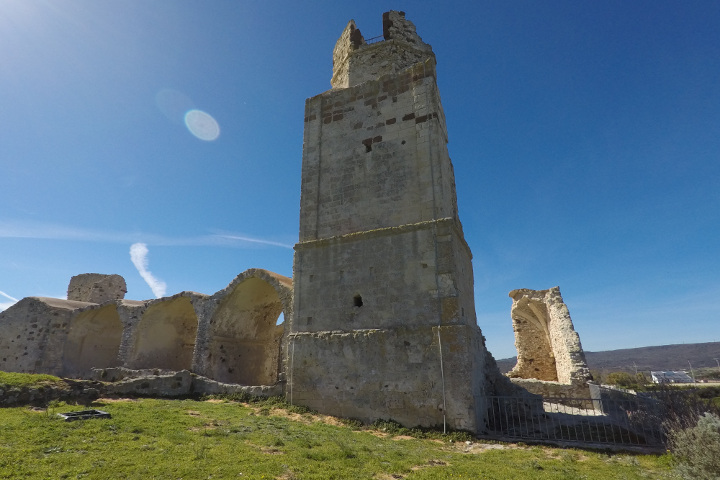 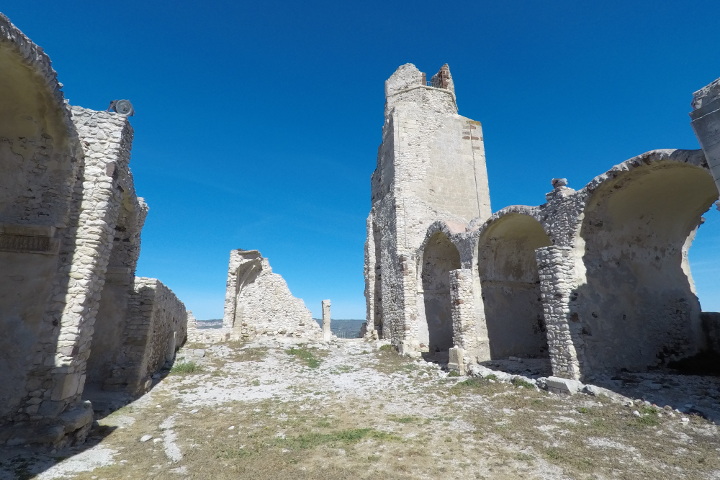 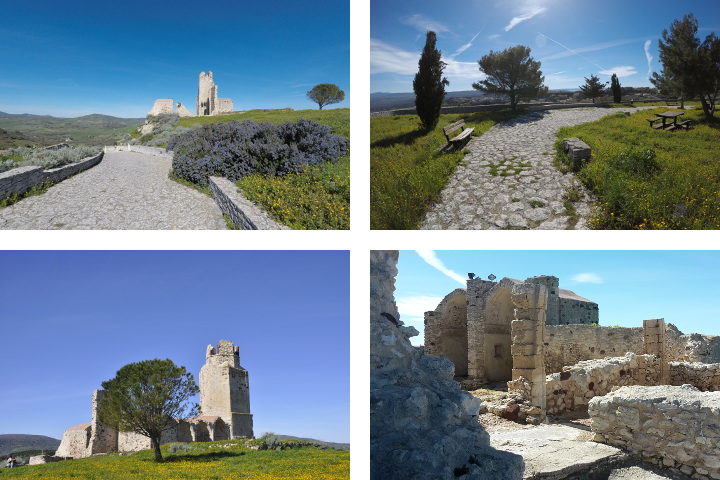 If you want to explore the castle too, here there is the virtual tour…

The Church of Santa Maria Maddalena

After the walk in Chiaramonti, we reach by car the nearby Romanesque church of Santa Maria Maddalena (about 5 km away). It is a country church, with a Latin cross, of the XIII century… It’s a good ending for a trip that allowed us to know the medieval buildings of this area.
As many rural churches, this is not usually open to the public; so we can only take some pictures from the road. 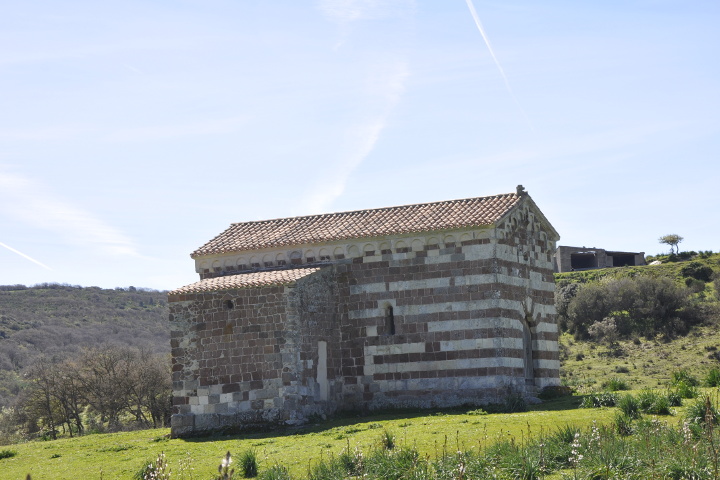