Ottana is a small town (about 2300 inhabitants), located near the mountains of the province of Nuoro. The main activity of the past was sheep farming; in the last centuries agricultural, handicraft and industrial activities have also developed. 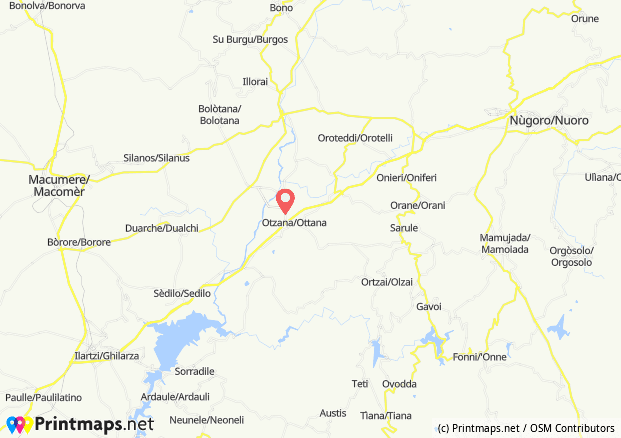 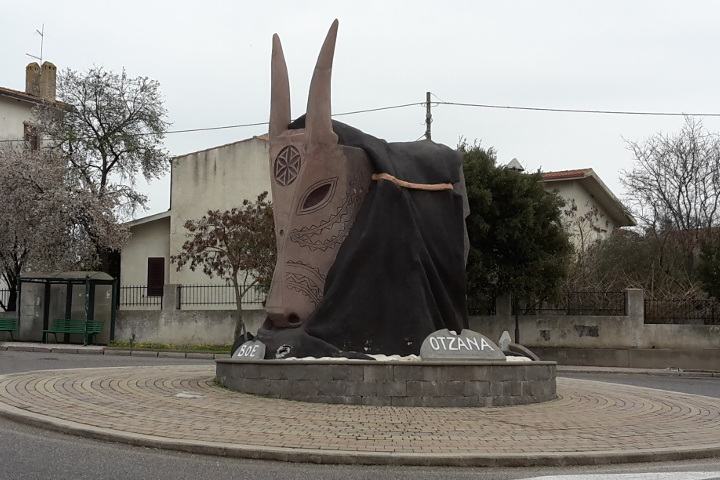 These masks appear in the village shows, during the carnival period, and we have already met them also during other parades in Sardinia; in fact, we saw them parading at the Orani Carnival and the Sardinian Cavalcade.
In Ottana, however, there is another monument much older and extremely fascinating… A little treasure that we meet a few hundred meters ahead…

The church of San Nicola stands on a beautiful grassy hill in the center of the village, which is accessible thanks to a staircase. It was a cathedral until the year 1503, dedicated to San Nicola di Mira and characterized by a dark brown color, deriving from the use of the trachytic stone. Undoubtedly it is a splendid church, silent, simple and suggestive, in Romanesque style, with a single nave. 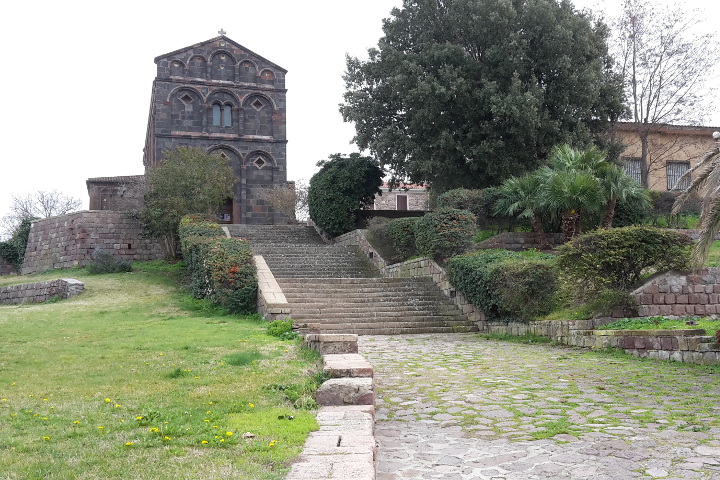 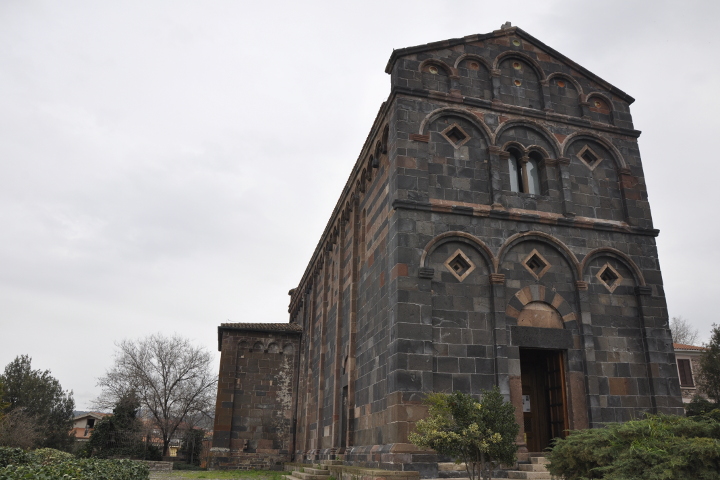 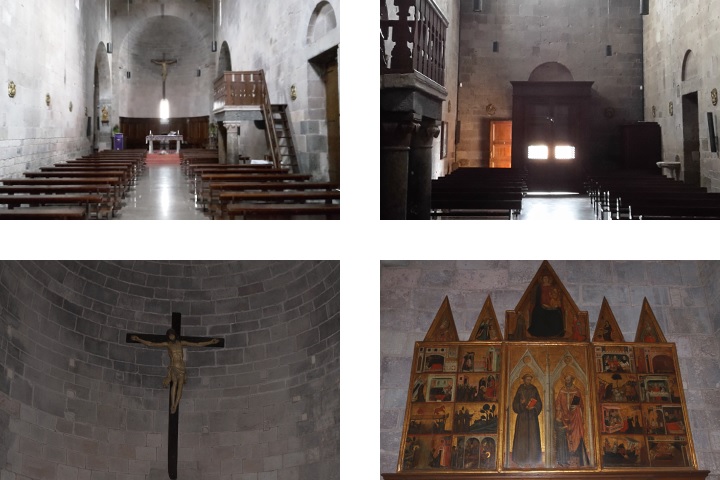 Inside the church are the beautiful wooden crucifix of the sixteenth century, a pulpit with Romanesque capitals and, in the north transept, the painting called the “Pala di Ottana” or “Pala dei Santi Francesco d’Assisi e Nicola di Bari”. This work was realized on a table with a golden background, probably by the “Maestro delle Tempere Francescane”, Neapolitan painter of the fourteenth century; The painting depicts scenes of life of St. Nicholas and St. Francis.
We have led you here and… this is the start of the exploration! Here below, thanks to the virtual tour, you can move around the church and discover it… So, have a good tour!