The month of October can be a good time to go hiking, with good weather.
Just one of these days we decided to walk along the paths that cross the northern coast known as the Costa Paradiso, stitching together the most beautiful bays of this area –Li Cossi and Li Tinnari.
The weather is perfect, not too hot in sunny paths along the coast, although the day is quite humid and windless – unusual feature for late October. 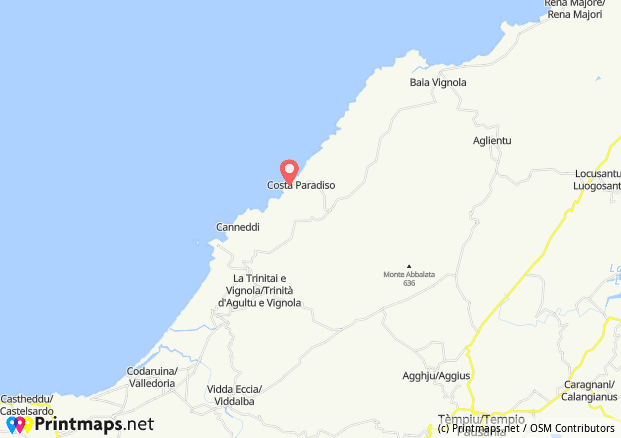 After parking in the morning near the hotel Li Rosi Marini, we walk along the path that connects the resort of Costa Paradiso to the beautiful Li Cossi beach; the first stretch of the trail, in excellent condition through some vertical rock walls overlooking the sea, with a great visual effect. 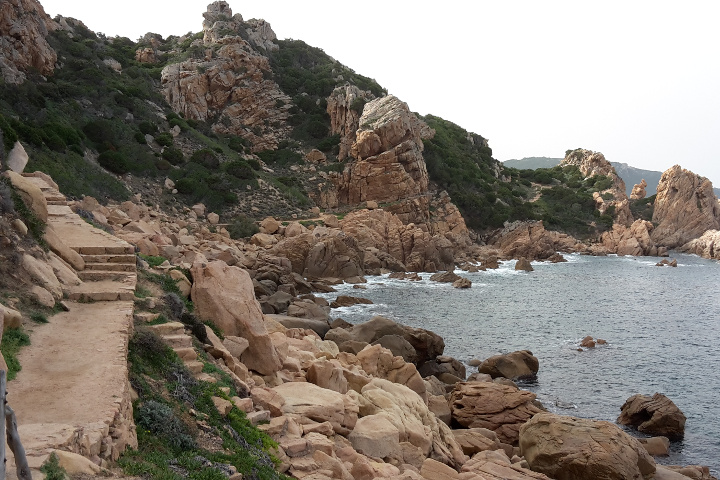 Some of stairs help to climb along the exposed section, and then proceed to where, behind the last ridge, appears the unique scenery of Cala Li Cossi.
The sand on the beach drawing a perfect arc in the small valley which lies between the slopes.
Behind him we observe a lovely river environment, with the reeds along the banks of a small stream, while in front of the crystal clear waters of the ocean show all colors of the backdrops, ranging from white sand to the darkest shade of the rocks. 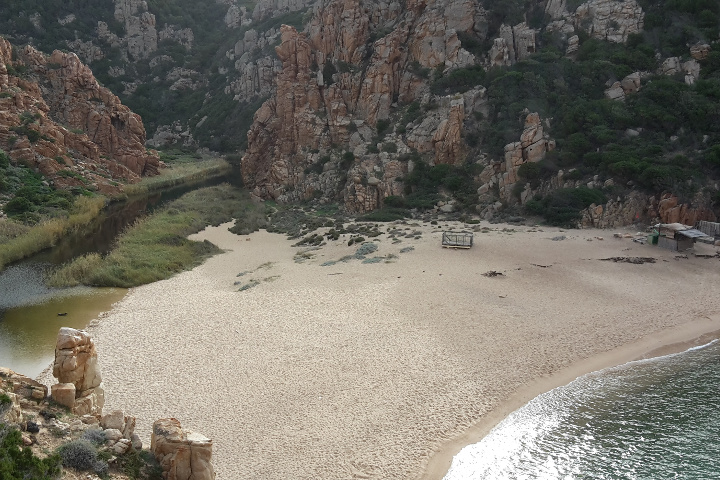 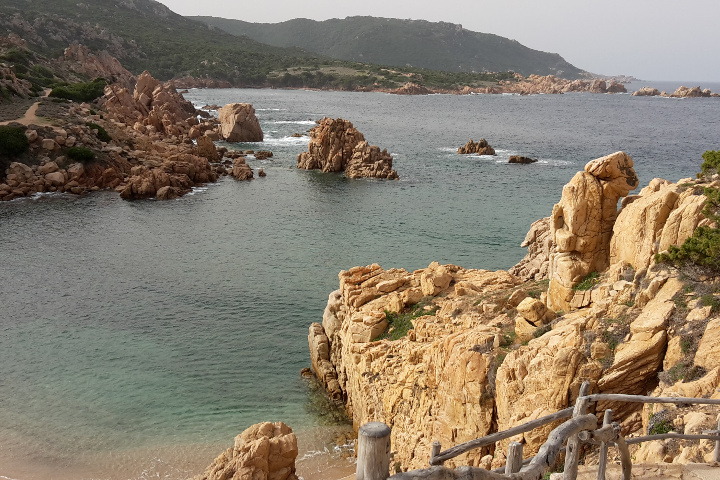 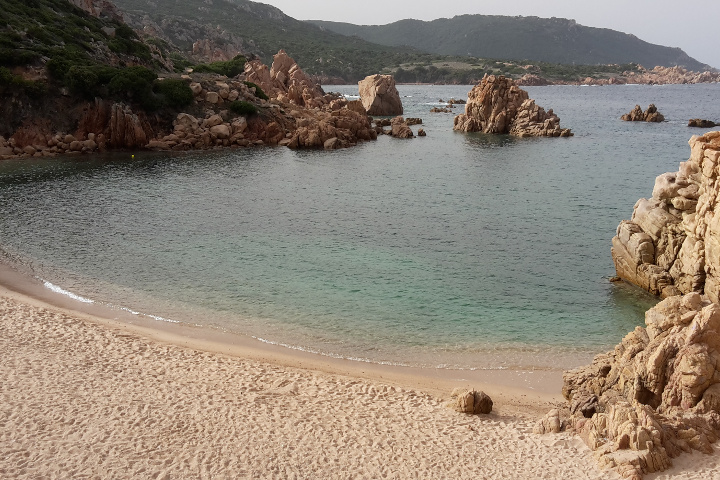 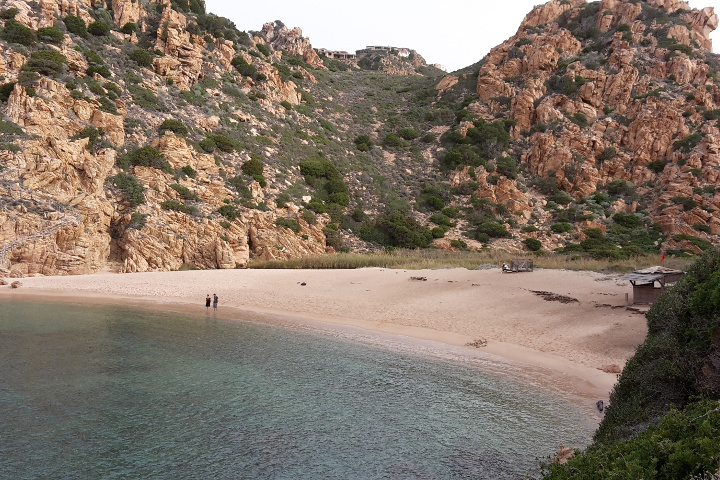 Unfortunately the beach is partly equipped (although in this season the kiosk is closed), to provide more leisures for bathers from the nearby tourist village: it would be great to see this place, surrounded by a majestic landscape amphitheater, in all its splendor and in a more natural state.

Hiking along the path of Costa Paradiso

Nevertheless, you can feel the breath of nature in this part of the coast, and when we continue our walk west of Li Cossi, the environment gets even wilder. The path crosses the vegetation, remaining always visible but without paved stretches or steps, such as those encountered before Li Cossi. It continues through the woods, hills and meadows, with a succession of different scenarios, but with the constant feeling that nature wraps us; rarely we meet some hiker who, like us, explore this environmet. In some places the path presents bifurcations and you can choose among multiple way, but even so, without risk of taking the wrong choice by maintaining the direction along the coast. 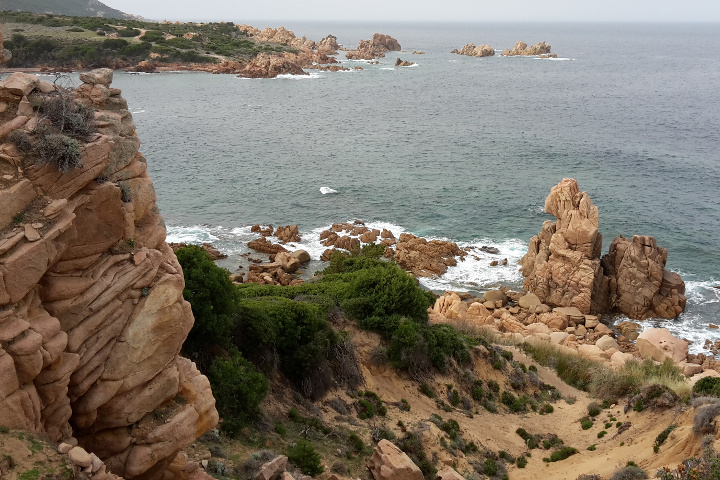 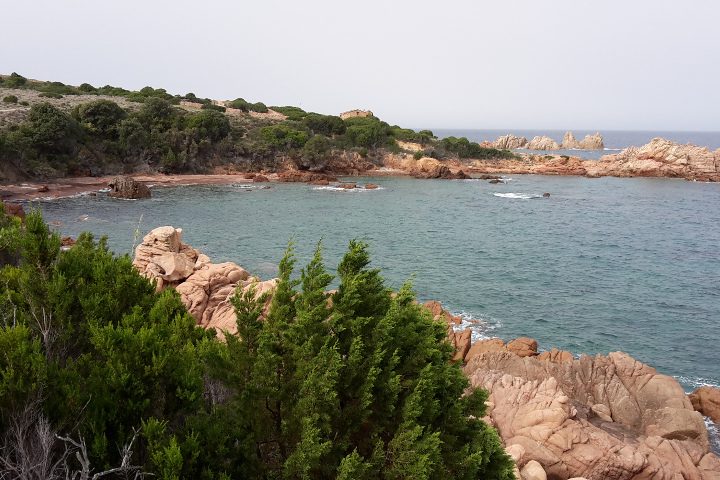 After more than an hour’s walk from Li Cossi and after having crossed a plateau between meadows and low shrubs, the trail goes towards reddish cliffs that plunge into the sea; in this section we follow the various cairns scattered along the route, indicating the right direction, until it reaches the last clearings. Here the trail crosses a slope and, in the last stretch, descends steeply towards Li Tinnari. 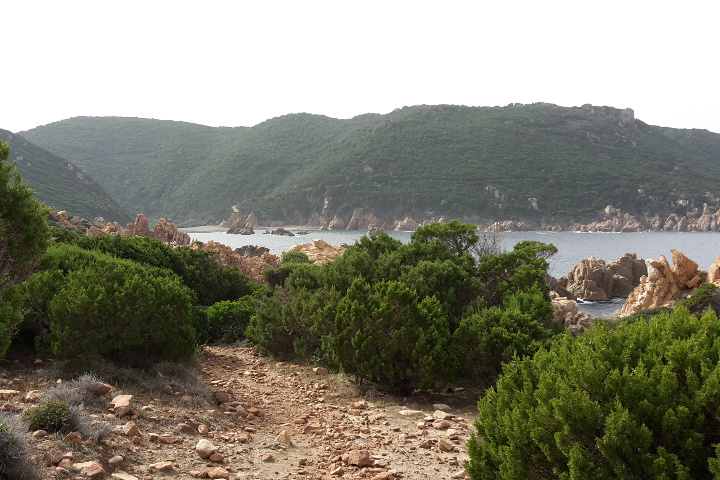 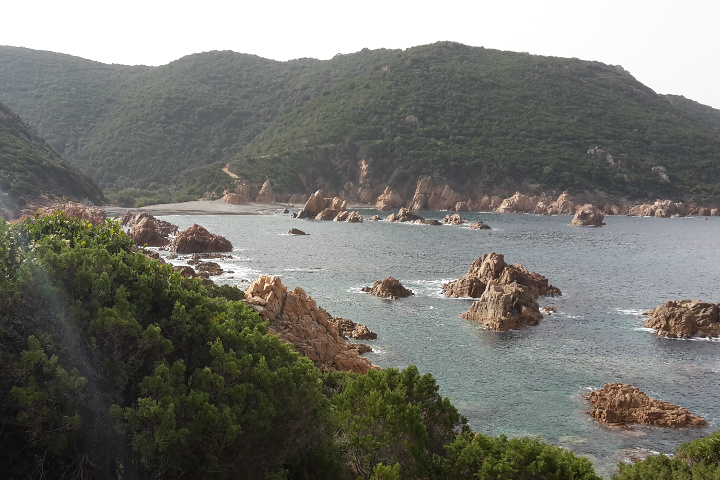 Cala Li Tinnari is a real jewel, nestled in a majestic nature. As Li Cossi, it’s situated in a valley with steep slopes at the mouth of a small stream.
Small rounded pebbles compose the beach, making less pleasant the access to the sea; however, thanks to the presence of this ground, the seabed shows thousand of nuances. In the middle of the bay a few isolated rocks rise from the water, effectively dividing the beach in two small coves.
Apart from the very few hikers, there is no trace of man.
We stop a moment to admire in silence the imposing landscape. 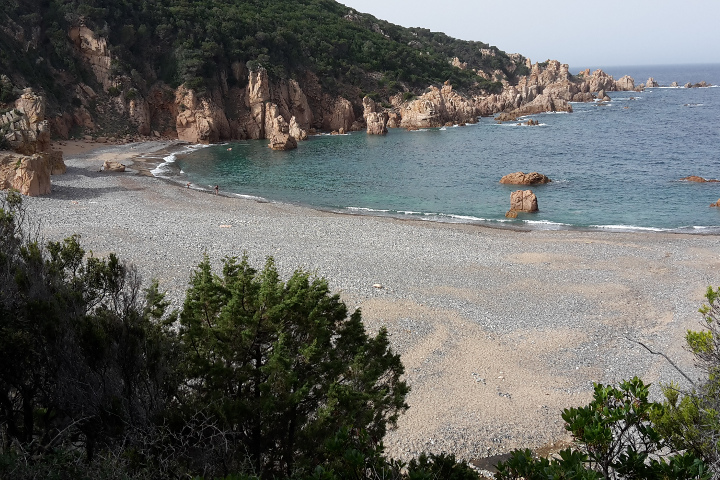 We also observe the stretch of coast that extends westward: we know that the path continues and from here you can come to the beach of Marinedda near Isola Rossa.
For us, however, it is already time to think about the return to Costa Paradiso, aware that in October the days are shorter and about 2 hours of walking are needed to come back.