Welcome to Anglona! Today we want to take you to visit the historic village of Castelsardo, using your computers and smartphones.
In the map of this page you will find the most interesting places … choose someone and start exploring, thanks to the panoramic photos! Have a good trip! 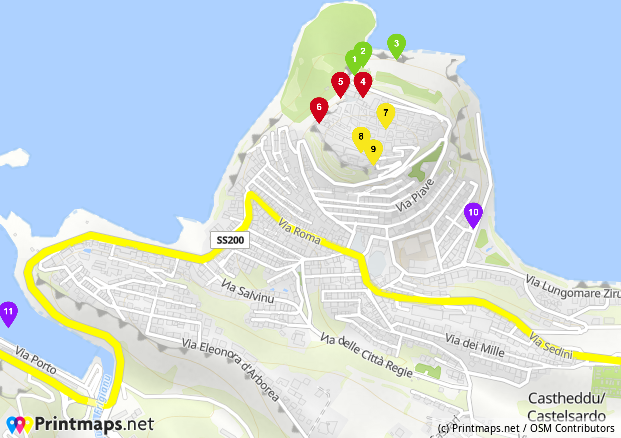 Virtual tour functionality not available as functional and advertising cookies are not enabled. To review your configuration preferences and enable cookies use the following link: Manage consent and the preferences bar in the lower section.

The ancient walls overlooking the sea surround the castle and the village, with a breathtaking view of Asinara Gulf.

2) The catapult and the gardens

Walking through the gardens you reach the stands where the catapults (“manganillos” in Spanish, from which the name derives) and the cannons were placed in the past. Today you will find reconstruction of a catapult.
In this area stood the church of Santa Croce, of which only the foundations remain.

Some paths cross the meadows below the walls and allow you to admire the grandeur of the ancient fortifications.

The Cathedral of Sant’Antonio Abate, enlarged on the basis of a pre-existing church and consecrated in 1500, houses the works of the Maestro di Castelsardo.
We invite you to cross the small square until you reach the facade of the church; from here approach the parapet: you will see the marina and the sea; to the east there are the coast of Badesi and the rocks of the Isola Rossa, recognizable in the distance. Below there is “Lu Granaddu”, a small natural inlet beneath the ramparts, used as a safe docking in ancient times by Roman ships laden with wheat (Portum Granaticum) and then by the Spanish (Mandracho del Soccorro) to reach the fortress.

Lighthouse and watchtower of medieval origin, later transformed into a bell tower.

Small 12th century Romanesque church near Misericordia Square. Inside there is the wooden Black Christ.
From here in the Easter period the event of Lunissanti starts.

The characteristic alleys of the historic center, called carruggi, narrow and often paved with local stone, are characterized by archivolts and stairways.
In this area there is the Palazzo della Loggia, an ancient noble palace, now the seat of the Municipality of Castelsardo.

The Castle, symbol and heart of the village, was founded in the year 1102 by the Doria family as a fortress; considered for centuries an impregnable fortress, it was the home of the judge Eleonora D’Arborea wife of Brancaleone Doria. Inside you will find the Museum of the Mediterranean Basket Weaving (Museo dell’Intreccio Mediterraneo).

9) View from the Castle

On the ramparts around the castle you can observe a wonderful panorama over the whole village, the modern districts and the marina in the distance.

The Novecentenario Square was inaugurated in 2012 to celebrate 900 years of the city. It is located to the east of the historic center, near the Vignaccia beach. From here the view of the Castle and the eastern part of Castelsardo is very beautiful.

Located not far from the town, the port is used both for tourist boats and for fishing; here there is a nice view of the village and the tower of Frigiano (16th century Spanish tower). 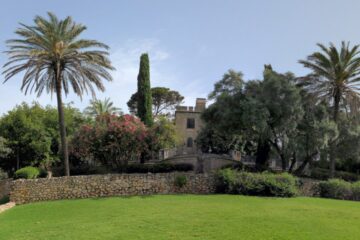 Let’s explore some places in the Monserrato Park! Among the many observation points, we have chosen three that will allow us to get to know the colors, the luxuriant nature and the small church built Read more… 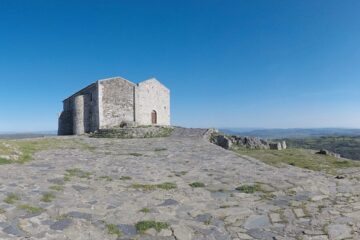 We are at the Church of Nostra Signora di Bonaria (Osilo) to show you wonderfull views of northern Sardinia, with 360 ° photos. The map shows the places of which you can view a picture: Read more… 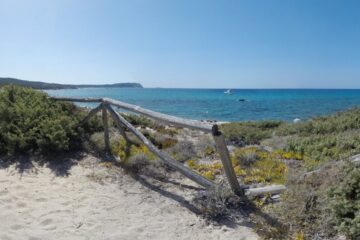 Welcome to Aglientu! Today we will show you the summer views of the beach of Rena Matteu and Caletta Astrid; you will find more information about this area in the main post. The map shows Read more…